Notice: curl_setopt(): CURLOPT_SSL_VERIFYHOST no longer accepts the value 1, value 2 will be used instead in /home/admin/web/eastrussia.ru/public_html/gtranslate/gtranslate.php on line 101
 Ex-Governor of JAR has received a suspended sentence - EastRussia | Far East
News February 27 2020
Chukotka 11:13 Chukchi families will begin to receive benefits for the first-born without taking into account income
10:19 Fraudsters come up with a new taxi fraud scheme
09:29 Russia increased the supply of pollock in the United States

Ex-Governor of JAR has received a suspended sentence 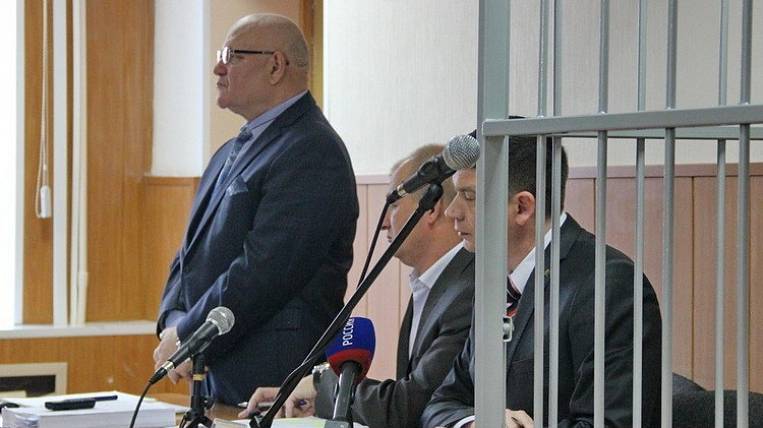 Birobidzhansky District Court sentenced the former governor of the Jewish Autonomous Region. Alexander Vinnikov received a sentence of four years in prison on probation. A mitigating circumstance in the case was that the defendant had state awards.

As the press service of the court told the EastRussia correspondent, the imposition of punishment took into account the positive characteristics of the ex-official, his age and state of health. Aggravating circumstances in the case was not found. During the entire period of punishment, Alexander Vinnikov will be required to register with the FPS, for three years he will be deprived of the right to hold certain positions in government.

Governor of the JAR was convicted of incitement to abuse official authority. The case involves the purchase of medical equipment for the local oncologic dispensary. According to him, the former head of the regional health care and the ex-director of the supplier company have already been convicted.

Prosecutors demanded for Vinnikova four years in prison common mode. It is unknown whether she will appeal the verdict. But the defendant has already stated that he intends to do this. Guilty of a crime he does not recognize.

Businessman overturned conviction in case of fraud in Primorye