Notice: curl_setopt(): CURLOPT_SSL_VERIFYHOST no longer accepts the value 1, value 2 will be used instead in /home/admin/web/eastrussia.ru/public_html/gtranslate/gtranslate.php on line 101
 Ex-mayor of Olkhon Priangarya will go to colony - EastRussia | Far East
News February 22 2020
Khabarovsk Krai 13:21 The case of the former deputy chairman of the Khabarovsk Territory was brought to court
09:00 Experts named the regions with the highest rental prices
08:15 Expectant mothers will be saved from bureaucracy with patrimonial certificates

Ex-mayor of Olkhon Priangarya will go to the colony 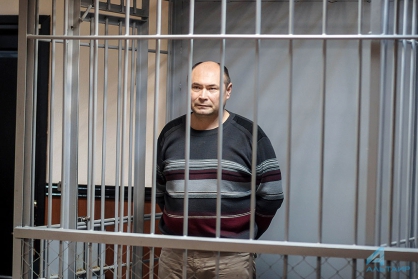 The former mayor of the Olkhonsky District of the Irkutsk Region, Sergey Kopylov, was found guilty of abuse of office. By court decision, he will spend three years in a general-regime correctional colony.

According to the press service of the SK SKU of Russia in the Irkutsk region, from 2013 to 2015, Sergey Kopylov signed a decree on leasing land in the Pribaikalsky National Park. This is a specially protected natural area, which is in federal ownership. The mayor handed over the land for use to a construction company that reconstructed the road in Olkhonsky District.

Sergey Kopylov did not have the authority to dispose of these sites, so he was found guilty. The ex-mayor was taken into custody in the courtroom.