Notice: curl_setopt(): CURLOPT_SSL_VERIFYHOST no longer accepts the value 1, value 2 will be used instead in /home/admin/web/eastrussia.ru/public_html/gtranslate/gtranslate.php on line 101
 Another resident of TOR in the Amur region began to produce concrete for the future of the GPP - EastRussia | Far East
News January 17 2020
14:30 Putin's rating increased after the announcement of the message
Amur Region 14:05 The prosecutor's office revealed 500 violations after firing at Amur College
Primorsky Krai 13:12 Korean company presented the rationale for the development of the port of Slavyanka


06:30 Nearly 40 new educational institutions will be built in the Far Eastern Federal District by 2022
Sakhalin Region 06:18 The prosecutor's office found out the cause of the fire floating base "Peter Zhitnikov"
More news
Media News2
HOME News 21.12.2018 03:24 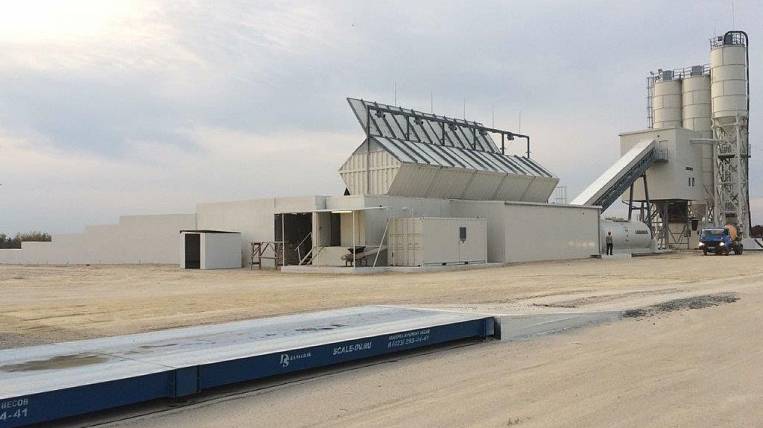 A resident of the TOR "Svobodny" in the Amur region launched a complex for the production of concrete. The cost of the project of the company "Change" is 74,9 million rubles. It will produce products for the construction of the Amur gas processing plant.

According to the press service of the Far East Development Corporation, the complex is capable of producing 100 cubic meters of concrete per hour. Thanks to his launch in TOR, more 30 jobs have appeared. At the same time, the resident intends to invest the money saved from paying taxes in the development of the project.

The concrete for the construction of the Amur Gas Processing Plant is also supplied by other residents of the Tor Free-Production Facility - production and trade.company "Bees - Free" and the company "Industry". Last in November put into operation the first of two complexes for the production of concrete. He works on the production site "Chernigovka". The plant at the Ust-Per site is scheduled to be launched before the end of the year.

Business will receive new benefits in the Far East