Notice: curl_setopt(): CURLOPT_SSL_VERIFYHOST no longer accepts the value 1, value 2 will be used instead in /home/admin/web/eastrussia.ru/public_html/gtranslate/gtranslate.php on line 101
 Jewish Autonomy will present a unique installation at WEF-2019 - EastRussia | Far East
News January 18 2020
The Republic of Sakha (Yakutia) 10:33 A private concessionaire was chosen for the construction of a bridge across the Lena
January 17 2020
17:43 Banks reduce mortgage requirements
14:30 Putin's rating increased after the announcement of the message


Irkutsk Region 07:08 4 billion rubles will be required for the resettlement of floaters in the Angara region
06:46 The human factor could cause an emergency with SSJ 100 in Domodedovo
More news
Media News2
HOME News 15.08.2019 13:04

Jewish Autonomy will present a unique installation at WEF-2019 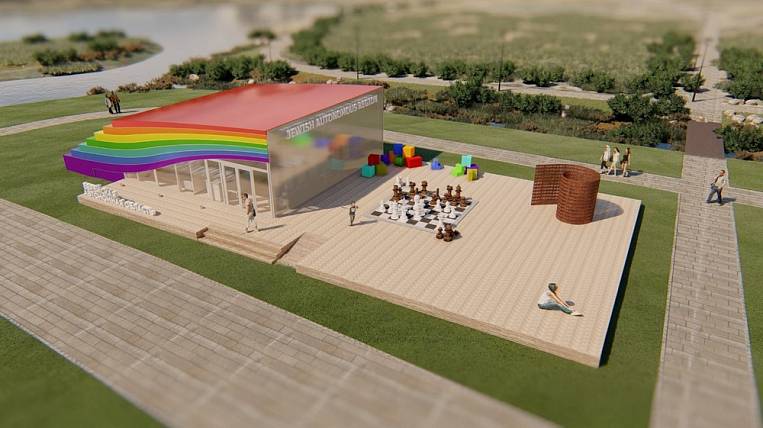 In the Jewish Autonomous Region, preparations are under way for participation in the exhibition “Streets of the Far East”. It will be held as part of the WEF-2019 from 3 to 8 on September in Vladivostok. The exposition will be called the “Rainbow of Prospects” and reveal the national and natural uniqueness of the region.

According to the organizers, the central element of the exposition will be a two-meter mirror cylinder, with images going down in the form of a tunnel. The object embodies the importance of preserving Jewish culture and traditions. Another element, this time of an external design, will be a rainbow that goes into the sky as a symbol of growth and development.

The pavilion itself will be divided into zones. Visitors can learn about mineral resources, investment projects, export support that exist in the region. The leading artists and athletes of the Jewish Autonomy will perform at a special venue.