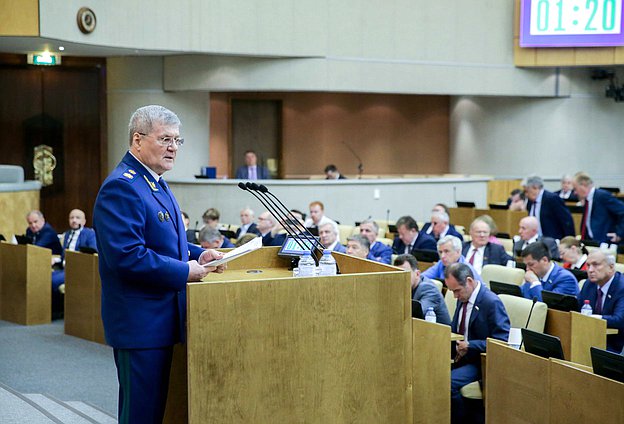 Prosecutor General Yury Chaika, speaking in the State Duma, said that the disaster with the Sukhoi Superjet-100 aircraft at Sheremetyevo Airport again highlighted serious problems in the Russian aviation industry. According to him, the General Prosecutor’s Office has for several years already been trying to solve these problems from airlines and specialized agencies.

As Yury Chaika stated, during the inspections, the department learned that the personnel did not fully undergo flight training programs, and Rosaviatsiya often controls the activities of the airlines formally, does not take appropriate measures to prevent the operation of aircraft that do not meet the requirements of air legislation. The Office has identified over 400 aircraft, the design of which was modified without the necessary research and certification work.

Also, the Prosecutor General said that the Russian state flight safety program does not meet international requirements. Moreover, it has not been updated for more than ten years. Yuri Chaika noted that the Ministry of Transport has not yet developed the necessary documents that will regulate the certification of aircraft and its manufacturers, as well as personnel training.

The disaster at Sheremetyevo airport occurred on May 5, SSJ 100 crash landed and caught fireThe 41 man died. Investigators considered piloting error main cause what happened. However, experts doubt this and believe that mistakes may have led to the tragedy. with certification plane.

The civil case of Pushkarev will consider the court in Vladivostok

Interview "Create a settlement is a team matter"