Notice: curl_setopt(): CURLOPT_SSL_VERIFYHOST no longer accepts the value 1, value 2 will be used instead in /home/admin/web/eastrussia.ru/public_html/gtranslate/gtranslate.php on line 101
 Traffic police checked the carrier after the accident with tourists in Primorye - EastRussia | Far East
News January 17 2020
17:43 Banks reduce mortgage requirements
14:30 Putin's rating increased after the announcement of the message
Amur Region 14:05 The prosecutor's office revealed 500 violations after firing at Amur College 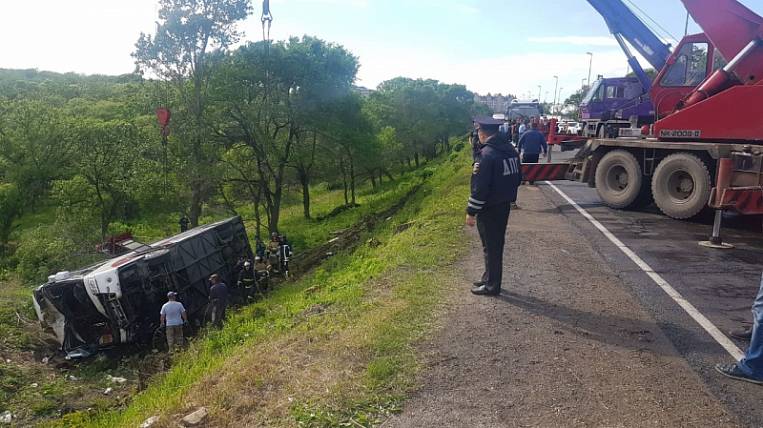 The state traffic inspectorate of Ussuriysk checked the documents of the carrier company, whose bus was carrying tourists from China and had an accident, and found no violations. The waybill, marks about passing pre-trip medical and technical inspections meet all requirements.

The investigative unit of the Department of the Ministry of Internal Affairs of Russia for Ussuriysk conducts an inspection. According to the press service of the regional Ministry of Internal Affairs, in the accident killed two passengers, 19 people, including the driver, received injuries of varying severity. All the victims were taken to hospitals, after giving first aid, four were hospitalized, the rest were sent to outpatient treatment.

Bus with Chinese tourists rolled over 28 May. There were 43 people in the cabin, they were heading from Ussuriysk to Vladivostok. According to preliminary data, the accident was due to the fact that the bus driver became ill, he lost control, the car slid into a ditch and overturned.

Compensation for passengers of a fallen bus in Transbaikalia