Notice: curl_setopt(): CURLOPT_SSL_VERIFYHOST no longer accepts the value 1, value 2 will be used instead in /home/admin/web/eastrussia.ru/public_html/gtranslate/gtranslate.php on line 101
 Head of the Ministry of Finance: salaries of state employees in 2020 year will grow by 7% - EastRussia | Far East
News January 28 2020
11:51 More than 18 million Russians are below the poverty line
11:19 Rising meat and milk prices expected in Russia
Amur Region 11:15 Oncology dispensary in the Amur region received new equipment for the national project


The Republic of Sakha (Yakutia) 06:00 Dual control system will be installed in Yakutia due to coronavirus
Khabarovsk Krai 05:42 Khabarovsk Polymetal enterprises produced over 17,5 tons of gold per year
05:26 The Ministry of Internal Affairs has calculated the damage from economic crimes in Russia
Primorsky Krai 05:16 Primorye received test systems for the detection of coronavirus
Khabarovsk Krai 05:00 Mother of children abandoned at the airport is ready to pick them up


04:39 The Far East will receive almost 26 million rubles under the “Single subsidy”
Primorsky Krai 04:21 The work of officials will take control because of the coronavirus in Primorye
More news
Media News2
HOME News 23.10.2019 07:23

Head of the Ministry of Finance: salaries of state employees in 2020 year will grow by 7% 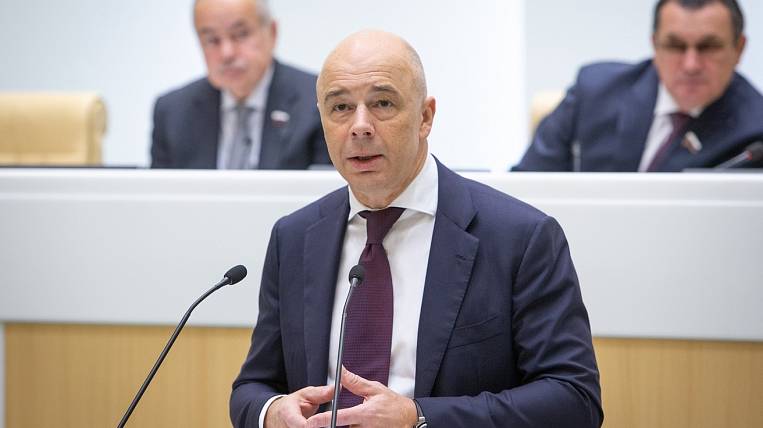 In 2020, the growth of salaries of public sector employees in Russia will amount to 7%. This was stated by First Deputy Prime Minister and Minister of Finance of Russia Anton Siluanov.

“We have envisaged an increase in the salaries of state employees at an average level of about 7%. According to forecasts for the next year, inflation will not exceed 4%, ”he said on the air. "First Channel" Anton Siluanov.

According to him, the budget has been drawn up so that the inflation tax does not eat up salaries, pensions and savings. He also noted that wage growth depends on the development of the economy and the creation of new jobs.

Anton Siluanov also said that inflation in Russia is declining and takes into account price changes. At the same time, the official agreed with the data of the Federal State Statistics Service on the growth of incomes of Russians, data about which economists called inexplicable.

The study showed the attitude of Russians to work on holidays