Notice: curl_setopt(): CURLOPT_SSL_VERIFYHOST no longer accepts the value 1, value 2 will be used instead in /home/admin/web/eastrussia.ru/public_html/gtranslate/gtranslate.php on line 101
 Head of Amur Region asked for help from Mutko to resettle dilapidated housing - EastRussia | Far East
News February 20 2020
Khabarovsk Krai 14:10 They want to build a new CHP in Khabarovsk by 2025
Primorsky Krai 13:55 250 million rubles will be added to the social infrastructure of Primorye
Kamchatka 13:27 Trutnev: Kamchatka pulls the Far East back 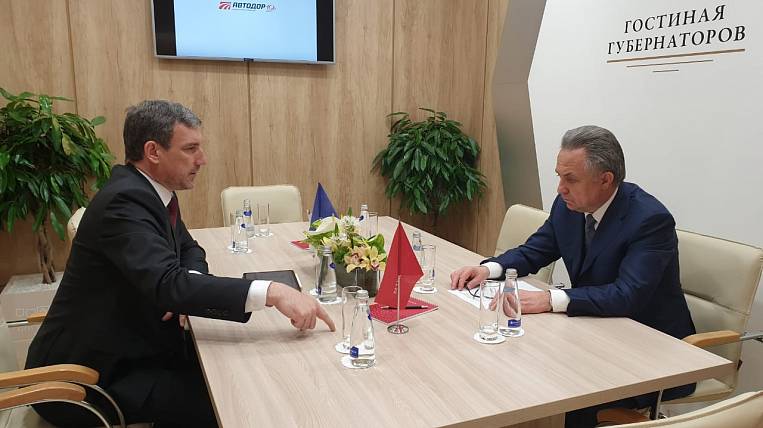 The Governor of the Amur Region, Vasily Orlov, met with Deputy Chairman of the Russian Government Vitaly Mutko at the St. Petersburg International Economic Forum. The head of the region asked a federal official for assistance in the resettlement of emergency houses in Skovorodino.

According to the press service of the government of the Amur region, houses down Vasilevsky, 2 and Vasilevsky, 8 in Skovorodino are in critical condition. Some citizens were relocated by local authorities into a maneuverable fund, the rest of the issue has not been resolved.