Notice: curl_setopt(): CURLOPT_SSL_VERIFYHOST no longer accepts the value 1, value 2 will be used instead in /home/admin/web/eastrussia.ru/public_html/gtranslate/gtranslate.php on line 101
 The head of the district resigned in Sakhalin - EastRussia | Far East
News January 23 2020
Khabarovsk Krai 04:34 Kindergartens again "mined" in Khabarovsk and Komsomolsk
Jewish Autonomous Region 04:25 All kindergartens are evacuated in Birobidzhan
04:17 Former Minister of Labor heads Pension Fund of Russia

The head of the district resigned on Sakhalin 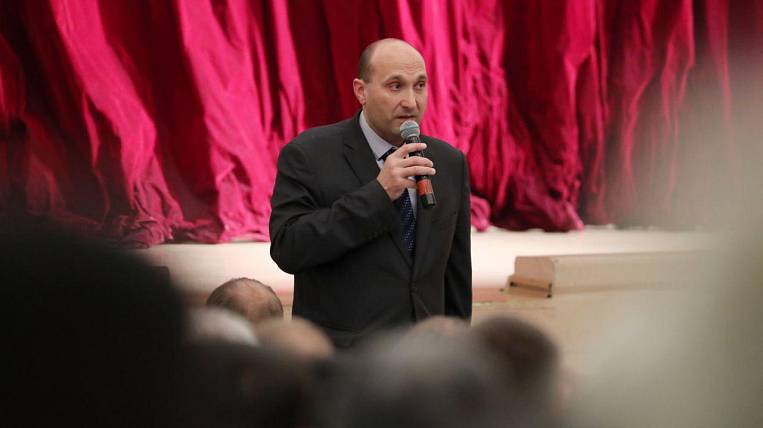 Photo: Press Service of the Government of Sakhalin Region

After a report to residents and deputies of the municipality, the head of the Kholmsky district, Aleksey Letechin, resigned. Acting as the head of the city district will be First Deputy Mayor Olga Manzhar.

During the report, residents announced many problems, including the large deterioration of housing, the poor work of the district administration to repair apartment buildings, courtyards and roads, complained about the ugly organization of transport links.

According to the press service of the regional government, it also turned out that the fuel capacity at the district thermal power plant is 11 days at a rate of 40 days, and construction of treatment facilities on the Malka River is underway for more than six months behind schedule. In addition, Alexey Letechin did not fulfill the governor's order on monthly reports to residents of the district.

Preparation for the contest for the election of the head of the district will begin on December 11. Representatives of the governor’s administration and the district assembly will take part in it.