Notice: curl_setopt(): CURLOPT_SSL_VERIFYHOST no longer accepts the value 1, value 2 will be used instead in /home/admin/web/eastrussia.ru/public_html/gtranslate/gtranslate.php on line 101
 The head of Yakutia denied data on toll passage on the Lena bridge - EastRussia | Far East
News January 18 2020
The Republic of Sakha (Yakutia) 10:33 A private concessionaire was chosen for the construction of a bridge across the Lena
January 17 2020
17:43 Banks reduce mortgage requirements
14:30 Putin's rating increased after the announcement of the message


Irkutsk Region 07:08 4 billion rubles will be required for the resettlement of floaters in the Angara region
06:46 The human factor could cause an emergency with SSJ 100 in Domodedovo
More news
Media News2
HOME News 12.12.2019 02:33 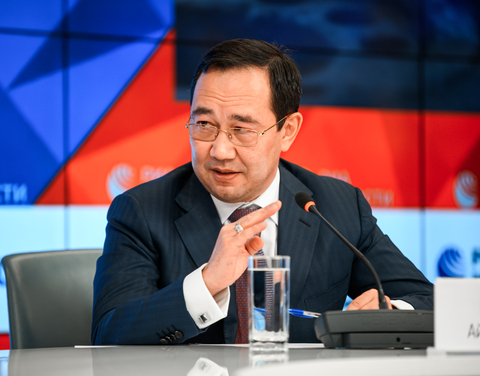 The head of Yakutia, Aisen Nikolaev, denied the information appeared in the media about toll passage on the Lensky bridge for all categories of transport. He noted that for passenger cars they will not take the fare.

Nikolaev said that the media misinterpreted the competition documents, including the fare settings. According to him, in the draft concession agreement it is necessary to reflect the maximum allowable fare for all categories of vehicles, but this does not mean that the fee will eventually be introduced.

“There will be no board for cars on the Lensky bridge. It will be installed only for multi-ton trucks, ”said Aisen Nikolaev.

According to the press service of the republican government, the head of Yakutia also recalled the norm of the federal law "On Roads and Road Activities in the Russian Federation", which establishes free travel for cars and motorbikes in the Far North and equivalent areas, even if there is a paid fare.

The construction of the Lensky bridge is planned to begin near the village of Old Tabaga, which is located in 30 km above Yakutsk. According to preliminary calculations, the maximum amount toll payment the transfer will amount to 2 018 rubles and will be installed for trucks. Aisen Nikolaev said that he was counting on the stages of designing and passing the state examination of the Lena Bridge project in 2020, and on completion of construction - in 2025 year.