Notice: curl_setopt(): CURLOPT_SSL_VERIFYHOST no longer accepts the value 1, value 2 will be used instead in /home/admin/web/eastrussia.ru/public_html/gtranslate/gtranslate.php on line 101
 Head of Yakutia commented on the arrest of Yakutsk deputy mayor - EastRussia | Far East
News January 24 2020
17:27 In Russia, they want to reduce the tax for receiving accumulated pension
16:04 Russian cadets will take part in the celebration of the Republic of India Day
15:08 The enterprises of the military-industrial complex will write off debts


Khabarovsk Krai 06:19 Global cultivation of ginseng will be in the Khabarovsk Territory
06:00 Experts have calculated savings on a mortgage with Putin's support measures
More news
Media News2
HOME News 10.06.2019 16:03 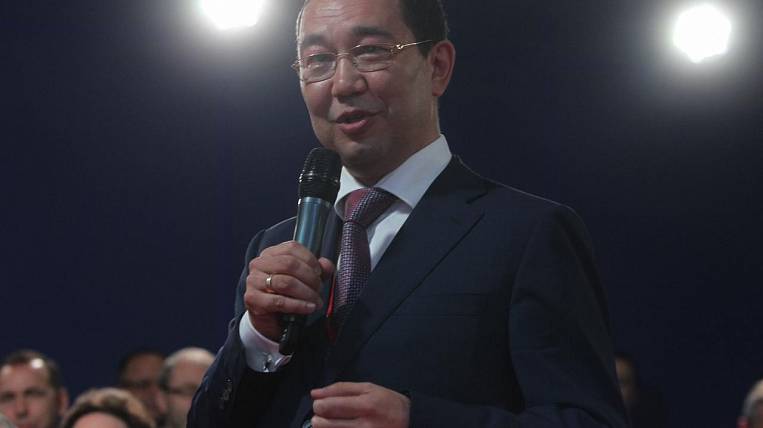 The head of Yakutia, Aisen Nikolaev, noted that Vasily Gogolev, the deputy mayor of Yakutsk, who was arrested in the case of a bribe, had been working out for "many months." About it сообщает portal "Yakutia.info".

“The size of bribes of the estimated amounts is unprecedented for our republic. The investigation leads, the investigation will understand. Operational development was carried out for a long time. Apparently, the investigation had compelling reasons for such harsh measures, ”said the head of the republic, adding that in this case he sees no reason to talk about pressure on the business of George Karamzin, who was detained in the case together with the former deputy mayor of Yakutsk.

Vasily Gogolev was detained on suspicion of taking a bribe in the size of 114 million rubles. According to investigators, he granted permission to increase the number of floors from 12 to 16 floors, for which he received a bribe with property rights to 1,491 thousand sq. M. living space.

Ранее сообщалосьthat the place of deputy mayor of Yakutsk was taken by Yevgeny Grigoriev, who in the past was a finalist in the “Leaders of Russia” competition. He will repair the city’s roads within the framework of the federal program “Safe and High-Quality Roads”, and will begin the implementation of the second phase of the program of resettlement from dilapidated housing.