Notice: curl_setopt(): CURLOPT_SSL_VERIFYHOST no longer accepts the value 1, value 2 will be used instead in /home/admin/web/eastrussia.ru/public_html/gtranslate/gtranslate.php on line 101
 Residents trust the heads of the EAO and the Angara region least of all in Russia - EastRussia | Far East
News February 21 2020
22:26 Organizers of financial pyramids exposed in the Far East
Kamchatka 08:38 The brightest ethnic exhibition opened in Petropavlovsk-Kamchatsky
The Republic of Buryatia 07:34 Buryatia will receive 14 billion rubles for bridges and overpasses


Kamchatka 02:21 Without water and food left a village in Kamchatka
02:05 FAS: the situation with vegetable prices in the Far Eastern Federal District is stabilizing
More news
Media News2
HOME News 11.11.2019 03:26 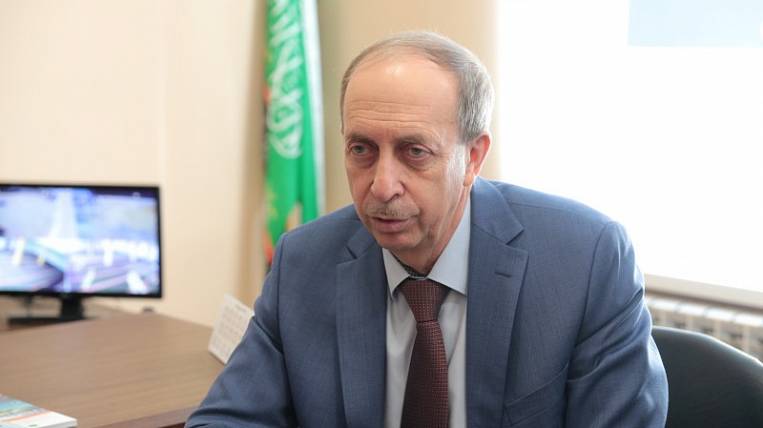 The Kremlin’s internal political bloc at the seminar for vice governors on domestic policy presented the results of the KPI implementation by the internal political blocs of the regions and the Kremlin. According to him, least of all in Russia, residents trust the heads of Jewish autonomy and the Irkutsk region. And in the Khabarovsk Territory, people believe the president less than others in the country.

As the RBC with reference to the seminar participants, KPIs for the region were prepared on the basis of the FOM geo-rating, a closed study that is conducted several times a year. The KPI was based on a rating of confidence in the president and governor, as well as polls for residents regarding the foreign policy of the president, migration policy, economic policy of the government, attitude to United Russia, and the level of social well-being of citizens.

As a result, Khabarovsk Territory, headed by LDPR representative Sergey Furgal, who won the 85 year in the gubernatorial elections of United Russia leader Vyacheslav Shport, ended up in the last, 2018th place, rating of the president. The five outsiders in terms of confidence in the governors included the Jewish Autonomous and Irkutsk Regions. According to political scientists, the number of resignations during the next season of rotation of the heads of regions will show who did not fulfill the KPI.

Earlier, the heads of the EAO and the Irkutsk region had already predicted early resignation. So the governor of the Jewish Autonomy Alexander Levintal may fall into a wave of governor resignations in 2020 year. In this case, Levintal already prophesied the resignation based on the ranking of political stability of governors. Experts also said that the reason for the early departure of the head of the EAO will be consistently low ratings among the population.

As for the Governor of the Irkutsk region, Sergey Levchenko, it is not the first time they are forecasting his resignation. The situation with the flood affected Levchenko's ratings. They intend to replace him during regular rotation governor’s corps. At the same time, he, like Levintal, was on the list of outsiders in ranking of political stability of regional heads.