Notice: curl_setopt(): CURLOPT_SSL_VERIFYHOST no longer accepts the value 1, value 2 will be used instead in /home/admin/web/eastrussia.ru/public_html/gtranslate/gtranslate.php on line 101
 They want to engage in deep processing of soybeans in the JAO - EastRussia | Far East
News 02 April 2020
19:16 Putin extended the day off until April 30
15:06 Russia will spend 500 million on the export of its citizens from abroad
14:41 Announcement: Roscongress and EY will give business survival instructions 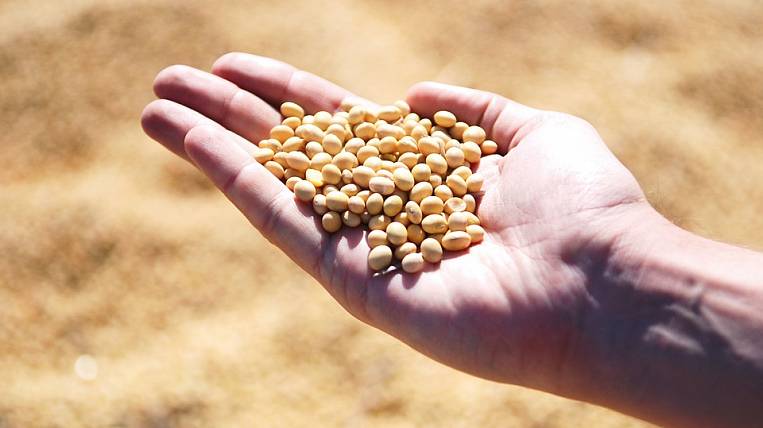 The Jewish Autonomy plans to launch a project for growing and deep processing soybeans and other crops. An agreement on cooperation in this direction was signed between the Far Eastern Agency for attracting investment and export support and the Chinese Country Garden Corporation.

According to the agency, the investor announced his readiness to invest one billion US dollars in the project. He will be helped with the selection of a plot of land up to 500 thousand hectares and the preparation of documents for obtaining the status of a resident of the TOP or a free port. Both Russian and Chinese companies are planning to participate in the implementation of the project, which will ensure a guaranteed supply of soy and other crops to China.

They plan to use unmanned technologies in production. Its launch will double the soybean export from the Far East to China. To implement the project, a joint company will be created, owned by the Country Garden Group corporation itself, Russian companies and Chinese exporters.