Notice: curl_setopt(): CURLOPT_SSL_VERIFYHOST no longer accepts the value 1, value 2 will be used instead in /home/admin/web/eastrussia.ru/public_html/gtranslate/gtranslate.php on line 101
 Hunger strike for orphans in Khabarovsk will be the reason for the prosecutor's check - EastRussia | Far East
News February 28 2020
Primorsky Krai 11:59 Preparations for WEF 2020 began in Primorye
11:25 Experts have estimated the possible loss of the budget due to the abolition of tax for the poor
10:24 Over a thousand hectares reported on land use 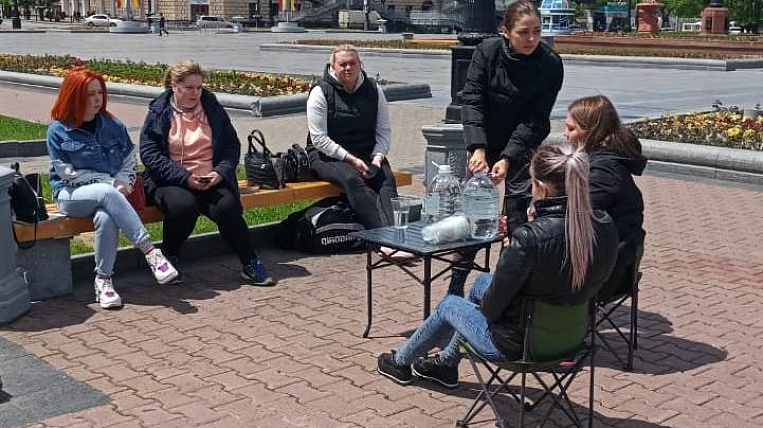 The prosecutor of the Khabarovsk Territory Vitaly Kaplunov met with the orphans starving outside the regional government building. He accepted appeals on non-execution of court decisions, which oblige the regional ministry of housing and communal services to provide housing for orphans, and instructed to organize an inspection on this fact.

This year, the prosecutor's office received many complaints from orphans. After that, the department analyzed the state of lawfulness of the provision of housing for this category of beneficiaries and found that the regional government improperly organized this procedure. As of 1 May, 4 548 orphans are registered with the Ministry of Housing and Public Utilities, of which 3 284 already has the right to receive residential premises, but not all of them will receive proper apartments in the near future.

According to the press service of the regional prosecutor's office, back in September 2017, the prosecutor made a submission to the governor, after which the housing and utilities ministry was charged with the construction of at least 2018 apartments for orphans during 2022-500 annually. However, last year, the entire 212 apartments were handed over in the region, and the terms of government contracts for housing construction are constantly violated.

For this reason, in the middle of May, the regional prosecutor introduced to the governor a request to take measures to eliminate the violations, as well as their causes and conditions. The prosecutor also proposed to bring to justice those who committed these violations.

The hunger strike outside the government building 11 people Announced 3 June, one of the protesters became ill, her took to the hospital. Orphans want the regional authorities to fulfill the requirements of the court and give them housing, which they have been waiting for for years. The investigators began checking this issue. They intend to find out if there are signs of negligence in the actions of regional government officials.

The governor held a meeting with the starving and stated that, as part of the exclusion, one of the protesters will receive housing in the near future, since she is a large single mother. The rest will have to wait in line. Orphans did not arrange such a disposition; they remained to starve in the same place.