Kamchatka 02:21 Without water and food left a village in Kamchatka
02:05 FAS: the situation with vegetable prices in the Far Eastern Federal District is stabilizing
More news
Media News2
HOME News 12.08.2019 13:04 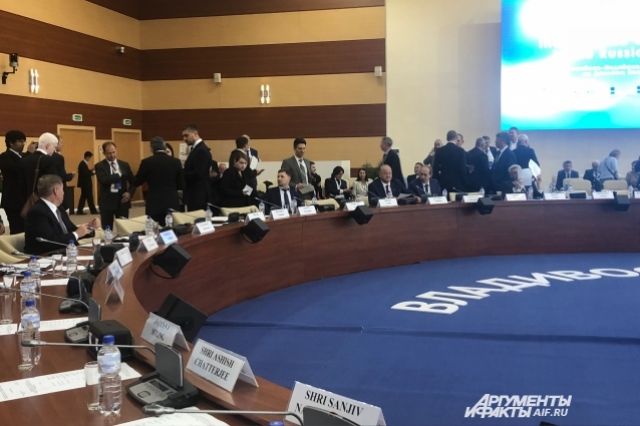 An investment promotion and business support agency in the Far East summed up the visit of the Indian business delegation. Seven industry sessions were held during which the parties discussed the possibility of joint projects in the electric power industry, mining, medicine, forestry, agriculture, education and real estate.

According to ANO IPA, the total revenue of companies that during the visit learned about the potential of the Far East is 400 billion US dollars. One of the possible areas of cooperation is the extraction of coking coal. India annually requires 650 million tons of fuel, about a third of which is imported.

“We are now considering not only deals aimed at buying and selling coal, but also brownfield and greenfield projects that will be able to ensure investors come to the Far East,” said Leonid Petukhov, Director General of ANO IPA.

Cooperation in the energy sector concerns, first of all, the supply of liquefied natural gas. India is one of its largest importers. There are four terminals operating in the country, but their number is going to be brought to 11. And the rich experience of the Indian side in the use of renewable energy sources can be useful for the electrification of isolated territories of the Far Eastern Federal District.

The participants of the Indian business mission expressed interest in joint projects in the field of medicine. Among them are joint training of doctors with FEFU, a possible deal to purchase and bring to India mobile medical complexes, and the construction of a hospital for the treatment of cancer.

“In the real estate sector there is a great interest in the development of entertainment infrastructure and the construction of hotels. Maharashtra Industrial Development Corporation is interested in building a hotel. Multilink has proposed creating a film studio to make Indian films. They were interested in locations in Primorye and Yakutia, ”said Leonid Petukhov.

The parties will continue to discuss further possible cooperation at the Eastern Economic Forum. To interact with Indian companies, ANO API opened a representative office in Mumbai.

Analytics Coronavirus sneaks up on the economy