Notice: curl_setopt(): CURLOPT_SSL_VERIFYHOST no longer accepts the value 1, value 2 will be used instead in /home/admin/web/eastrussia.ru/public_html/gtranslate/gtranslate.php on line 101
 Blagoveshchensk - Heihe cable car will be built this year - EastRussia | Far East
News 02 April 2020
12:23 Mariinsky Theater productions will be shown online
Chukotka 10:36 Entrepreneurs will receive a lease delay in Chukotka
Khabarovsk Krai 10:08 Khabarovsk Territory lacks 658 beds for the fight against coronavirus


Khabarovsk Krai 06:44 A fire regime was introduced in another district of the Khabarovsk Territory
Trans-Baikal Territory 06:31 The coal project will be included in the TOP Transbaikalia
More news
Media News2
HOME News 24.05.2019 02:42

Blagoveshchensk - Heihe cable car will be built this year 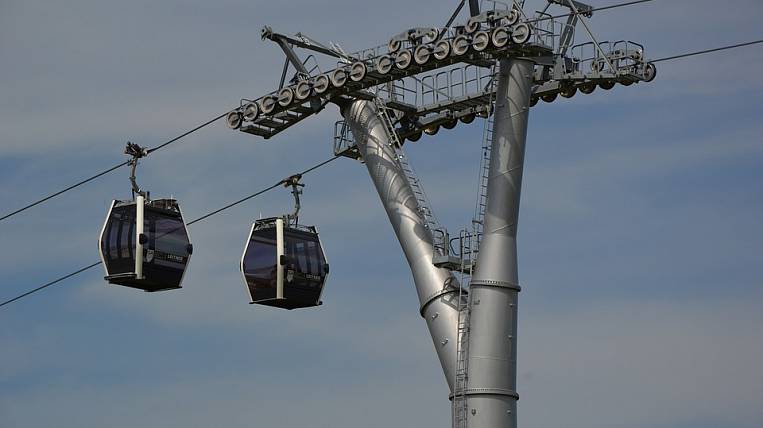 Investors of the construction of the cableway, which will connect the Russian Blagoveshchensk and the Chinese Heihe, intend to begin its construction in the second half of this year. Work must end in 2022 year.

At the protocol meeting with the delegation of the Consulate General of the People's Republic of China in Khabarovsk, Tatyana Polovaikina, first deputy chairman of the government of the Amur Region, said new investors did a good job and should start building the facility this year. According to the press service of the regional government, the cable car project will be presented in the framework of AmurExpoForum-2019.

The world's first cross-border cable car will be a passenger, they planned to invest about 799 million yuan in its construction. Initially, it was planned to be commissioned in the first quarter of 2018, and construction from the Russian side was supposed to start last year. At the end of last year, the project investor changed in Russia; the Group of Companies “Region”, which intended to start building in April this year.

Flights to Vietnam will be suspended in Blagoveshchensk

A network of fraudulent clinics found in the Far East