Notice: curl_setopt(): CURLOPT_SSL_VERIFYHOST no longer accepts the value 1, value 2 will be used instead in /home/admin/web/eastrussia.ru/public_html/gtranslate/gtranslate.php on line 101
 Kim Jong-un left Vladivostok - EastRussia | Far East
News February 22 2020
Khabarovsk Krai 13:21 The case of the former deputy chairman of the Khabarovsk Territory was brought to court
09:00 Experts named the regions with the highest rental prices
08:15 Expectant mothers will be saved from bureaucracy with patrimonial certificates 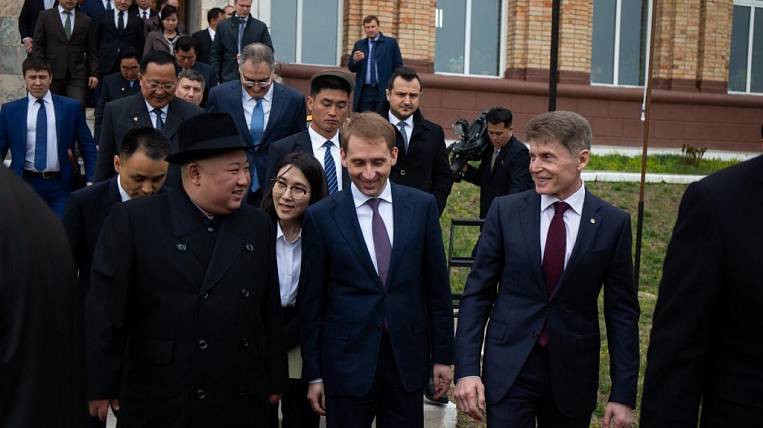 DPRK leader Kim Jong-un drove his armored train from Vladivostok station. He headed back to Pyongyang.

The North Korean leader was given a solemn farewell, the participants of which were Primorye Governor Oleg Kozhemyako, Head of the Ministry of Eastern and Eastern Development Alexander Kozlov, Deputy Minister of Foreign Affairs of Russia Igor Morgulov, and Extraordinary and Plenipotentiary Ambassador of Russia to the DPRK Alexander Matsegora. By the same composition they laid flowers to the Eternal Flame.

Because of the ceremonial wires in the morning in Vladivostok limited parking near the train station and increased security measures.