Notice: curl_setopt(): CURLOPT_SSL_VERIFYHOST no longer accepts the value 1, value 2 will be used instead in /home/admin/web/eastrussia.ru/public_html/gtranslate/gtranslate.php on line 101
 Kim Jong Un to be served red caviar and borsch - EastRussia | Far East
News February 27 2020
Primorsky Krai 03:21 The Prosecutor General's Office reduced the amount of the lawsuit against the ex-mayor of Vladivostok
03:03 Russia will limit air traffic with South Korea
The Republic of Sakha (Yakutia) 02:58 New business ombudsman appointed in Yakutia


Khabarovsk Krai 07:21 Khabarovsk owes 650 million rubles to the federal treasury
Primorsky Krai 07:00 The budget deficit of Primorye has grown to almost 20 billion rubles
06:34 The central bank will reset commissions for banks in the quick payment system
Amur Region 06:12 Seven passenger trains are delayed due to an accident in the Amur region
06:00 Ministry of Transport: passenger bus fleet in the Far Eastern Federal District is one third worn out

Kim Jong Un will be treated with red caviar and borsch 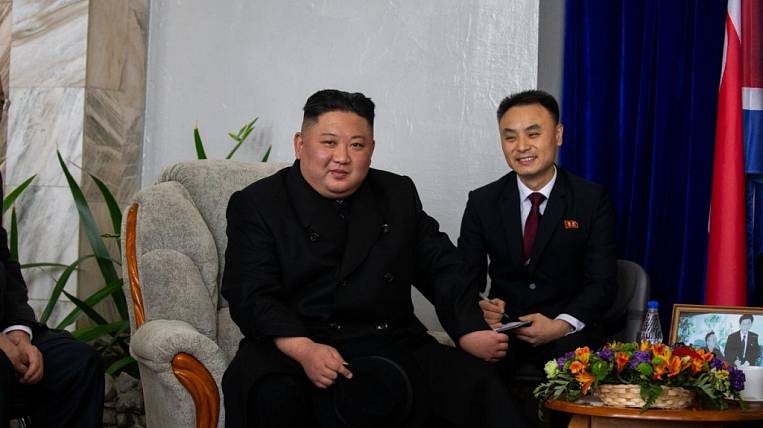 The head of the Primorsky Territory, Oleg Kozhemyako, announced the list of treats with which the DPRK leader and his delegation will be treated. About it сообщает TV channel "Russia-24".

Kim Jong Ynu will offer dishes of Russian cuisine: borsch, dumplings, red caviar and other delicacies. At the station of Vladivostok, the North Korean leader has already managed to taste the traditional loaf with which he was met by the Russian delegation.

Oleg Kozhemyako noted that the desire to try Russian dishes was expressed by the guests from the DPRK.