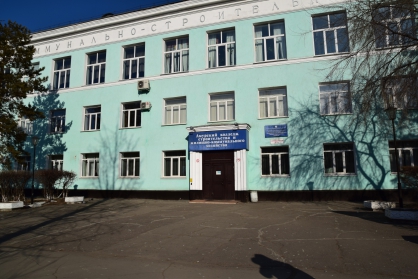 In the Amur Region, the conclusion of security agreements with the FSUE “Protection” of the Russian Guard began. This has already been done by the Amur College of Construction and Housing and Public Utilities, where the student tripled firing at classmates, and the Amur College of Education.

To strengthen security measures for educational organizations in the Amur Region, the authorities are purchasing security equipment. Metal detectors have already bought for an agricultural college and a multifunctional center of professional qualification. According to the press service of the regional Ministry of Education, for colleges it is necessary to purchase another 58 of such devices.

In addition, educational institutions create the need for additional turnstiles, “panic buttons”, video surveillance cameras and other safety equipment. Their purchase will be paid from the reserve fund of the Amur region.

Student of the Amur College of Construction and Housing and Public Utilities in Blagoveshchensk November 14 opened fire according to their classmates, and then shot himself. One of the students died, three more were seriously injured. After the incident letter of resignation Director of the educational institution Viktor Petukhov and Deputy Minister of Education of the Amur Region Oleg Yakutov wrote.

Investigators immediately brought three criminal cases. Blagoveshchensk City Court arrested the guard Private security company "Sirius-A" Oleg Ermolov, who was on a post in college on the day of the tragedy. He will spend two months in custody.

The court fined ChOP after firing in Blagoveshchensk