Notice: curl_setopt(): CURLOPT_SSL_VERIFYHOST no longer accepts the value 1, value 2 will be used instead in /home/admin/web/eastrussia.ru/public_html/gtranslate/gtranslate.php on line 101
 Komsomol "drying" will receive new missiles - EastRussia | Far East
News January 21 2020
22:23 The composition of the new government approved in Russia
Primorsky Krai 21:20 Control over arrivals from China strengthened in Primorye due to virus
Primorsky Krai 15:27 The construction of a giant tanker is completed in Primorye


Sakhalin Region 08:07 Sakhalin has become a leader in the fight against poverty
Amur Region 07:27 The development of the free power system will be considered by a government subcommittee
More news
Media News2
HOME News 31.05.2019 02:44 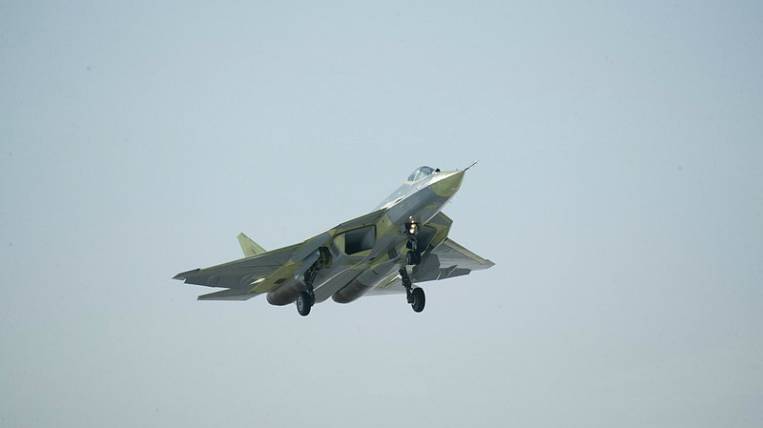 Fighters of the fifth generation Su-57, which produce in Komsomolsk-on-Amur, will receive a promising anti-ship missile. It has already begun to develop the Ural design bureau "Detail".

As told RIA News" Deputy Defense Minister Alexei Krivoruchko, the company is developing an active homing head in the interests of the Ministry of Defense. Also, according to him, in the near future it is possible to conclude a major contract with the Tactical Missiles Corporation for the purchase of the entire range of weapons for Su-57.

Earlier, Krivoruchko said that the Komsomolsk-on-Amur Aviation Plant is ready to launch the serial production of the Su-57. The first aircraft VKS Russia will receive at the end of this year. The need for 2028 to completely re-equip the three aviation regiments of the Russian Aerospace Forces with Su-57 fighter jets stated Владимир Путин. Russia is also considering the possibility of supplying Su-57 to Turkey.

The airfield "Fluffy" will become the property of the Sakhalin region