Notice: curl_setopt(): CURLOPT_SSL_VERIFYHOST no longer accepts the value 1, value 2 will be used instead in /home/admin/web/eastrussia.ru/public_html/gtranslate/gtranslate.php on line 101
 Komsomolskaya Amurstal lacks scrap - EastRussia | Far East
News February 28 2020
Primorsky Krai 11:59 Preparations for WEF 2020 began in Primorye
11:25 Experts have estimated the possible loss of the budget due to the abolition of tax for the poor
10:24 Over a thousand hectares reported on land use 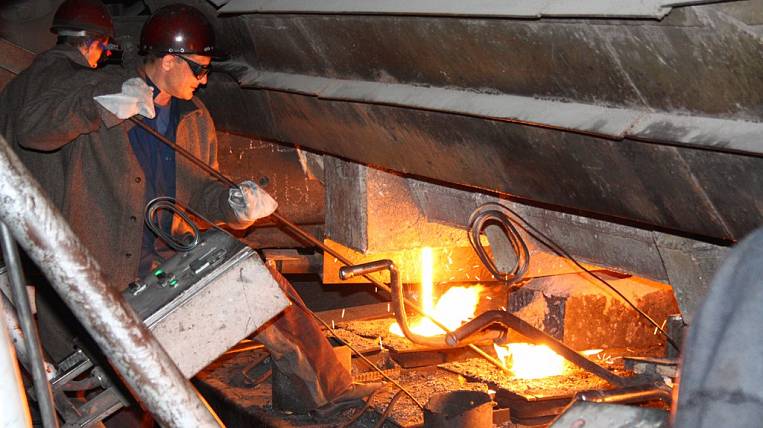 The Amurstal metallurgical plant in Komsomolsk-on-Amur, due to the shortage and high prices for scrap metal, plans to supplement the raw material base with primary raw materials. To do this, you will have to build a new, expensive enterprise.

“Primary ore will be complementary. We will not refuse scrap - no one and never at metallurgical plants refuses scrap metal. We do not have enough of it, so we, understanding that the scrap collection falls in the Far East and in Russia as a whole, are forced to supplement with primary ore raw materials, ”said Sergei Kuznetsov, General Director of Amurstal, to EastRussia.

According to him, all production at the plant is set to process scrap. To use the original iron, you must create a new production. Its creation, according to Sergey Kuznetsov, will cost 100 million euros.

“The feasibility study is not yet completed, it will be ready soon. But I estimate this project to be loaned no less than 100 million euros, ”the company's general director noted.

Now sources of financing for new production are not defined. The company's management plans to take loans for these purposes. The governor of the Khabarovsk Territory, for whom this plant is still no stranger (the share in TOREX, which owns the plant, belongs to the spouse of the head of the region), supported the project, but did not promise funding from the regional budget.

The timeline for the start of construction of the new production has not yet been determined - it will be necessary to calculate from where the plant will receive raw materials, calculate the risks, choose the way the enterprise works.

Amurstal is the only metallurgical plant in the Far East that produces steel using electric steel-making technology and is further converted into long products. If we manage to build a new enterprise for the use of primary raw materials, production will increase to three million tons of steel per year. Summarizing the results of 2018, 650 thousand tons were produced at Amurstal.