Notice: curl_setopt(): CURLOPT_SSL_VERIFYHOST no longer accepts the value 1, value 2 will be used instead in /home/admin/web/eastrussia.ru/public_html/gtranslate/gtranslate.php on line 101
 Komsomolsk will add money to deal with the flood - EastRussia | Far East
News February 25 2020
Irkutsk Region 12:03 Baikal region is preparing for forest fires and floods
Sakhalin Region 11:02 Korean airlines plan to fly to Sakhalin
Sakhalin Region 10:21 The prosecutor’s office will check the incident with aircraft landing gear damage on Sakhalin

Komsomolsk will add money to deal with the flood 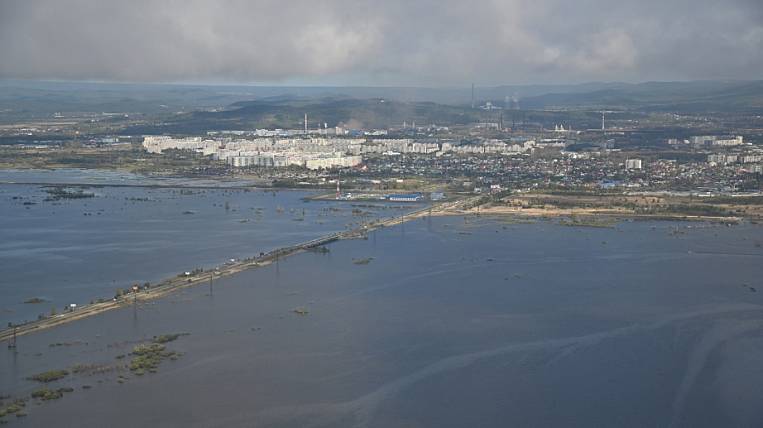 Komsomolsk-on-Amur needs additional funding to deal with the flood situation. The city will additionally be allocated 13 million rubles from the budget of the Khabarovsk Territory.

According to the press service of the regional government, despite the fact that Amur’s level has been decreasing for three days, the city continues to flood groundwater. Almost 40 pumps operate around the clock. Water remains in the villages of Parkovy, Malaya Khapsol, Khorpinsky and the residential districts of Mendeleev, Pobedy, Mylka and Silinsky.

Now in the city 440 houses and more than two thousand household plots are flooded. In the vicinity of the village of Chkalovsky, floods washed away the supports of the gas pipeline branch and washed away the section of the coastline along which the pipe passed. There is a threat gas line rush. In the city flooded the airport, because of this I had to cancel flights.

In late August, Komsomolsk received from the regional budget 15 million rubles for operational work to deal with the flood. This funding was not enough for the city.