Notice: curl_setopt(): CURLOPT_SSL_VERIFYHOST no longer accepts the value 1, value 2 will be used instead in /home/admin/web/eastrussia.ru/public_html/gtranslate/gtranslate.php on line 101
 Congress of Engineers opened in Komsomolsk-on-Amur - EastRussia | Far East
News February 20 2020
Khabarovsk Krai 14:10 They want to build a new CHP in Khabarovsk by 2025
Primorsky Krai 13:55 250 million rubles will be added to the social infrastructure of Primorye
Kamchatka 13:27 Trutnev: Kamchatka pulls the Far East back

Congress of Engineers opened in Komsomolsk-on-Amur

In a salutatory speech, the governor of the Khabarovsk Territory Vyacheslav Shport noted that since the first congress, in 2013, Komsomolsk-on-Amur has firmly secured the status of the Far Eastern center of high-tech and industrial production. As the press service of the regional government informs, for a short period in the region a system of training highly qualified engineering personnel was brought to a new level, and this year a business incubator and a unique robotics laboratory were opened in the city, the School of Engineering will soon start working.

This year the theme of the Congress is divided into two main blocks: "Industry" and "Education". For the participants will hold an exhibition of leading enterprises and organizations of the Khabarovsk Krai, within the framework of round tables and foresight sessions there will be discussions on the topics of technology transfer, digital economy, unmanned aircraft. 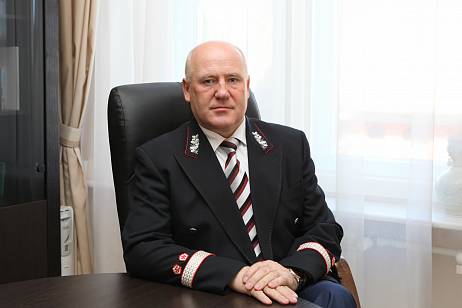 Interview "We do not have to miss engineers"