Notice: curl_setopt(): CURLOPT_SSL_VERIFYHOST no longer accepts the value 1, value 2 will be used instead in /home/admin/web/eastrussia.ru/public_html/gtranslate/gtranslate.php on line 101
 Kozhemyako promised to rid Primorye from coal dust - EastRussia | Far East
News February 21 2020
22:26 Organizers of financial pyramids exposed in the Far East
Kamchatka 08:38 The brightest ethnic exhibition opened in Petropavlovsk-Kamchatsky
The Republic of Buryatia 07:34 Buryatia will receive 14 billion rubles for bridges and overpasses


Kamchatka 02:21 Without water and food left a village in Kamchatka
02:05 FAS: the situation with vegetable prices in the Far Eastern Federal District is stabilizing
More news
Media News2
HOME News 05.06.2019 11:42

Kozhemyako promised to save Primorye from coal dust 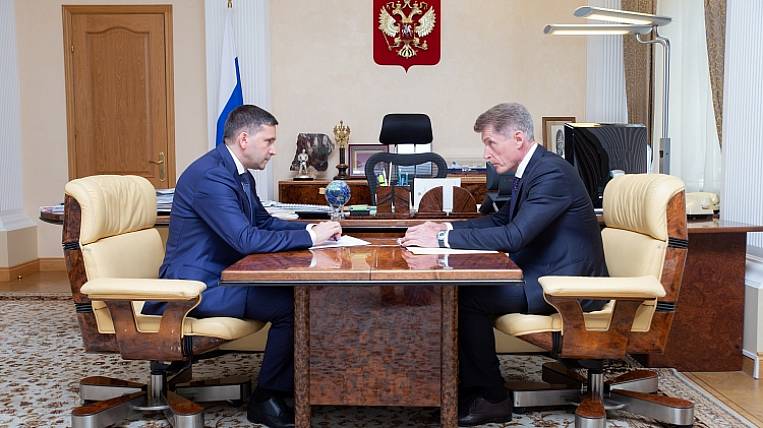 Photo: Administration of Primorsky Krai
Primorye will refuse to open coal transshipment in settlements of the region by 2020 year. This was stated by the governor of Primorye Oleg Kozhemyako at a meeting with the Minister of Natural Resources Dmitry Kobylkin in Moscow.

According to the press service of the Primorsky Territory Administration, the fight against coal dust has become one of the main issues on the agenda of the meeting of Oleg Kozhemyako with the head of the Ministry of Environment. The Governor stressed that without addressing environmental safety issues, the development of a civilized economy is impossible. “We will strive to ensure that the Primorye lived in a clean land,” said the head of Primorye.

Also during the meeting, the parties discussed the transfer of authority for clearing river channels to municipalities. The head of the Ministry of Environment supported the initiative of the seaside governor, which will allow to conduct more effective work on flood prevention in Primorye.

In addition, Kozhemyako thanked the Minister for supporting the ban on cutting linden trees in the “rest zones”. In the region, he plans to expand the range of tree growth, make it listed in the Red Book and prohibit the export of valuable species.