Notice: curl_setopt(): CURLOPT_SSL_VERIFYHOST no longer accepts the value 1, value 2 will be used instead in /home/admin/web/eastrussia.ru/public_html/gtranslate/gtranslate.php on line 101
 The best employees of the East Port received thanks from the Ministry of Transport - EastRussia | Far East
News March 29 2020
Amur Region 11:47 The first case of coronavirus appeared in the Amur region
Khabarovsk Krai 11:36 Two more patients with coronavirus appeared in Khabarovsk
Irkutsk Region 11:21 The first case of coronavirus was confirmed in Irkutsk 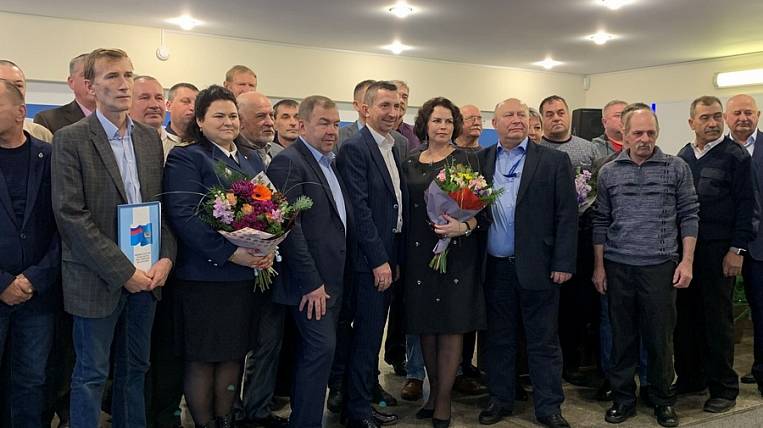 Vostochny Port JSC summed up the results of the year and awarded the best employees of the enterprise. 12 people received thanks from the Minister of Transport of the Russian Federation, Yevgeny Dietrich, and another 27 port workers were awarded the rank of veterans of the seaport. It is assigned to women who have worked for 20 years at the enterprise and men after 25 years of work.

The managing director of the company, Vadim Baibak, handed over veterans honorary signs, certificates and gifts, noting the significant contribution of each to the work of the enterprise. This year, the port in the village of Wrangel, Primorsky Krai, turned 45 years old. It has become one of the largest specialized terminals in Russia with high-tech coal transshipment.

In 2018, the terminal's cargo turnover amounted to 24,3 million tons. At the beginning of September 2019, the third phase of the specialized coal complex was put into operation, which will increase the transshipment volume to 50-55 million tons per year. More than 600 highly qualified jobs have been created, and by 2026 the budget will receive about 25 billion rubles of tax deductions.

Another unfinished construction was recognized as a problem in Primorye