Notice: curl_setopt(): CURLOPT_SSL_VERIFYHOST no longer accepts the value 1, value 2 will be used instead in /home/admin/web/eastrussia.ru/public_html/gtranslate/gtranslate.php on line 101
 Bear with cubs came to people in Kamchatka - EastRussia | Far East
News February 21 2020
Kamchatka 08:38 The brightest ethnic exhibition opened in Petropavlovsk-Kamchatsky
The Republic of Buryatia 07:34 Buryatia will receive 14 billion rubles for bridges and overpasses
Primorsky Krai 07:04 Primorye may not have enough land for the "Far Eastern mortgage"

Bear with cubs went to people in Kamchatka 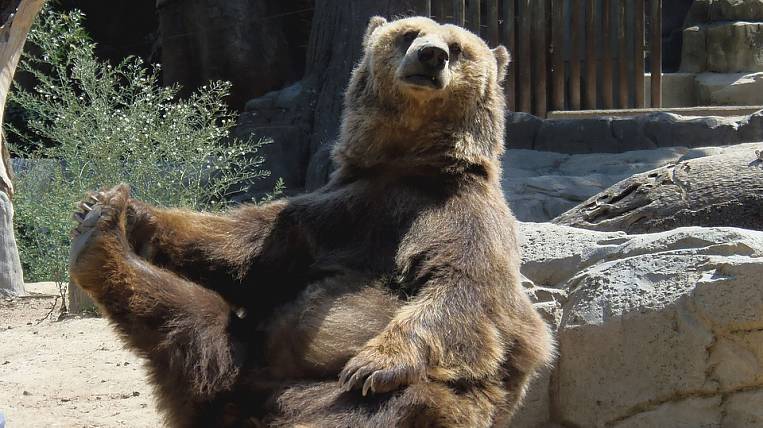 In the city of Yelizovo in Kamchatka, a bear with three cubs came out to people. To drive her off the street, the police had to use a car with special signals. Now the movement of animals is monitored by hunting experts.

As the Interfax, with reference to the Ministry of Internal Affairs of Russia in the Kamchatka Territory, in the early morning, clubfoot appeared on Pervomaiskaya Street near shops and a gas station. Frightened passers-by turned to the local police for help. The operatives got on a company car with a special signal, which drove the dipper and her offspring towards the Avacha river.

This year, an invasion of hungry bears is observed in Kamchatka. Due to the weak approach of red fish to local spawning ponds, animals go out to people in search of food. Since spring, the peninsula has been allocated 60 license to shoot predators posing a threat to humans, and they have all been implemented. Clubfoot blocked A popular tourist route to the Kuril Lake.