City Hall of Komsomolsk caught fire after reports of mining 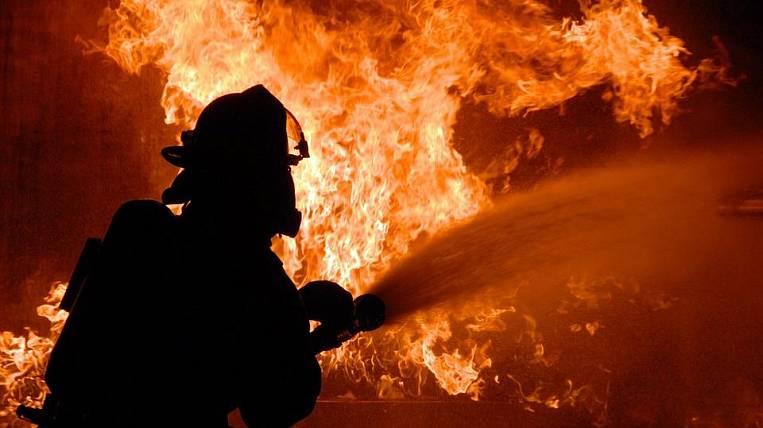 In the administration of Komsomolsk-on-Amur, a fire occurred. In the evening, after the evacuation of employees because of the message about mining, the wiring on the facade of the city hall building caught fire. Firefighters managed to eliminate the fire, not allowing the fire to spread to the interior.

As reported by East Russia in the city administration, on May 28, around 21.10, the power supply network cable sparkled on the façade of the mayor’s office, and a fire began. The officers on duty inside the building called firefighters and electricians. Before the flame was eliminated, it managed to damage several air conditioners.

According to the press secretary of the mayoralty of Ivan Lavrentyev, the fire did not affect the work of the administration, all the staff began their duties in the morning. However, the electricity in the building has not yet been restored. Now the power supply system is checked by experts.

According to preliminary data, the cause of the fire was the circuit. In Komsomolsk, there are heavy rains that could cause problems. The investigators will be able to identify the real cause of the incident only after the end of the inspection. While the connection with the previous fire evacuation is not revealed.

Recall that yesterday in Komsomolsk-on-Amur evacuated employees of the city administration, as well as employees and visitors of nine shopping centers. All agencies received reports of alleged bomb attacks. Emergency services checked the buildings, the threat of an explosion was not confirmed. A wave of evacuations swept across the Far East. "Mined" were Petropavlovsk-Kamchatsky airport and bus station in Vilyuchinsk. From the terminal building to Yuzhno-Sakhalinsk About 70 people were brought to a safe place. Evacuations took place in Khabarovsk и Vladivostok airports.