Notice: curl_setopt(): CURLOPT_SSL_VERIFYHOST no longer accepts the value 1, value 2 will be used instead in /home/admin/web/eastrussia.ru/public_html/gtranslate/gtranslate.php on line 101
 The construction of the second Severomuisk tunnel has begun at BAM - EastRussia | Far East
News January 17 2020
14:30 Putin's rating increased after the announcement of the message
Amur Region 14:05 The prosecutor's office revealed 500 violations after firing at Amur College
Primorsky Krai 13:12 Korean company presented the rationale for the development of the port of Slavyanka


06:30 Nearly 40 new educational institutions will be built in the Far Eastern Federal District by 2022
Sakhalin Region 06:18 The prosecutor's office found out the cause of the fire floating base "Peter Zhitnikov"
More news
Media News2
HOME News 21.08.2019 09:24

The construction of the second Severomuisk tunnel has begun at BAM 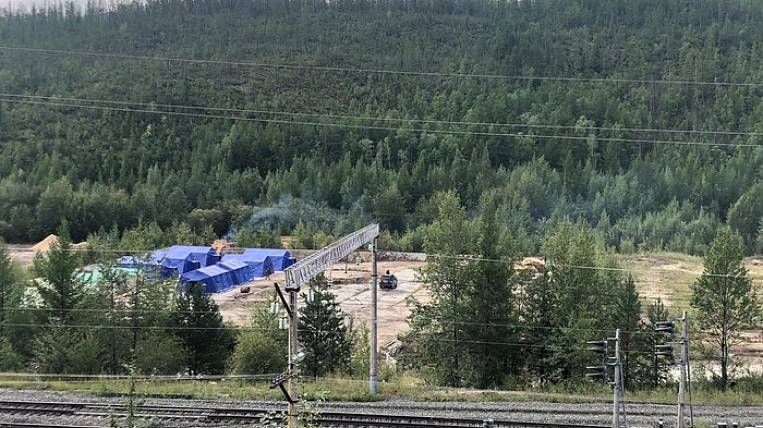 The construction of the second Severomuisk tunnel began on the Baikal-Amur Railway (BAM) in Buryatia. Tunneling planned to begin in 2020 year

The first 100 people have already arrived at the facility. They are creating a shift camp. And before the end of 2019, builders will begin to build a reinforced concrete tunnel lining plant, this was reported on the website of the Severomuisk tunnel-2 company.

The new tunnel will run parallel to the existing one. It will be built from two sides. Now work will begin on the side of the East portal of the existing tunnel, from the next - from the West portal. After the commissioning of the second Severomuisk tunnel, the throughput capacity in this section of the BAM will increase to 100 million tons of cargo per year.

The construction of the second stage of the Severomuisk tunnel on the Baikal-Amur Railway will last пять лет. As expected, the work will be performed by the Sibanthracite group and Vostokugol management company. About readiness to tackle the Severomuisk railway tunnel, co-owner of Sibanthracite and Vostokugol companies Dmitry Bosov said last year. He recently asked Vladimir Putin to provide "Sibanthracite" priority access to BAM and Transsib on 25 years for the transport of 50 million tons of own cargo in exchange for construction at their own expense of the North Tunnel-2 ”.

Analytics Containers turn away from the East

Container transportation growth slows down on the Far Eastern Railway