Notice: curl_setopt(): CURLOPT_SSL_VERIFYHOST no longer accepts the value 1, value 2 will be used instead in /home/admin/web/eastrussia.ru/public_html/gtranslate/gtranslate.php on line 101
 In Kamchatka, they found a cache with 500 kg of poaching caviar - EastRussia | Far East
News February 21 2020
Kamchatka 08:38 The brightest ethnic exhibition opened in Petropavlovsk-Kamchatsky
The Republic of Buryatia 07:34 Buryatia will receive 14 billion rubles for bridges and overpasses
Primorsky Krai 07:04 Primorye may not have enough land for the "Far Eastern mortgage"

In Kamchatka, they found a cache with 500 kg of poaching caviar 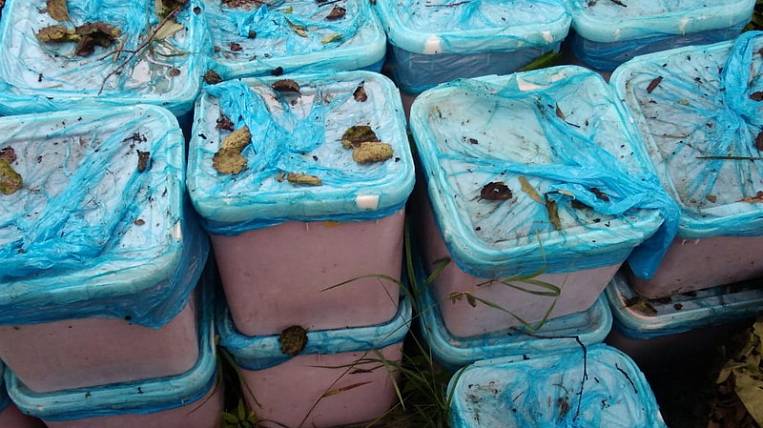 In Kamchatka, a poaching cache was discovered on the Ozernaya River (the Ozernoye tract). It contained an 21 cubotainer with salted caviar weighing more than 500 kg.

According to the press service of the North-Eastern Territorial Administration of the Federal Fisheries Agency, the damage caused to aquatic biological resources amounted to more than 15 million rubles. Faces are not pre-installed. The case file was submitted to the investigating authorities.

From the beginning of the red Putin, the department’s employees at the water bodies of Kamchatka and the Chukotka Autonomous Region revealed 613 offenses in the field of fishing. Over 7,3 tons of aquatic biological resources seized.

Opinions Why did we put up with Korean poachers

What is hidden behind the armed conflict of North Korean fishermen and our border guards?