Notice: curl_setopt(): CURLOPT_SSL_VERIFYHOST no longer accepts the value 1, value 2 will be used instead in /home/admin/web/eastrussia.ru/public_html/gtranslate/gtranslate.php on line 101
 Tamred Kamchatka Management Company established in Kamchatka - EastRussia | Far East
News January 18 2020
The Republic of Sakha (Yakutia) 10:33 A private concessionaire was chosen for the construction of a bridge across the Lena
January 17 2020
17:43 Banks reduce mortgage requirements
14:30 Putin's rating increased after the announcement of the message


Irkutsk Region 07:08 4 billion rubles will be required for the resettlement of floaters in the Angara region
06:46 The human factor could cause an emergency with SSJ 100 in Domodedovo
More news
Media News2
HOME News 23.05.2016 09:35

Similar subsidiaries of the CCD and regional development institutions have already been established in several constituent entities of the Far Eastern Federal District, the press service of the Kamchatka Krai Development Corporation reports.

The dominant task of the new structure is to ensure the accelerated development of the region and the creation of comfortable conditions for the life of the population of the region. The main efforts of the management company will be directed to the implementation of projects and the control of the construction of the infrastructure of TASED Kamchatka, to the creation of a favorable environment for the work of residents of the priority development territory.

Commenting on the signing of the agreement, Nikolai Pegin noted that "the idea of ​​creating the LLC arose during the first arrival in the region of representatives of the" Corporation for the Development of the Far East "in the winter of last year. 15 December, the general director of KREDV and I signed an agreement on cooperation, which was logically transformed into the creation of a management company. It will help the residents of the territory of advanced development to solve administrative and economic issues on the spot, without wasting time and money on communication costs and travel to Vladivostok, Khabarovsk and Moscow. "

The schedule for the creation of infrastructure in TASED Kamchatka involves the construction of roads, pipelines, energy facilities, water supply and sanitation. For their construction from the federal budget funds allocated for the purpose.
It was proposed to appoint representatives of the subjects of the Federation, who are well-versed in the situation on the ground, as managers of management companies of regional TOPs.
Tags: Kamchatka TOP Kamchatka Management Company KRWA CRCC Denis Tikhonov Nikolay Pegin
Related News: 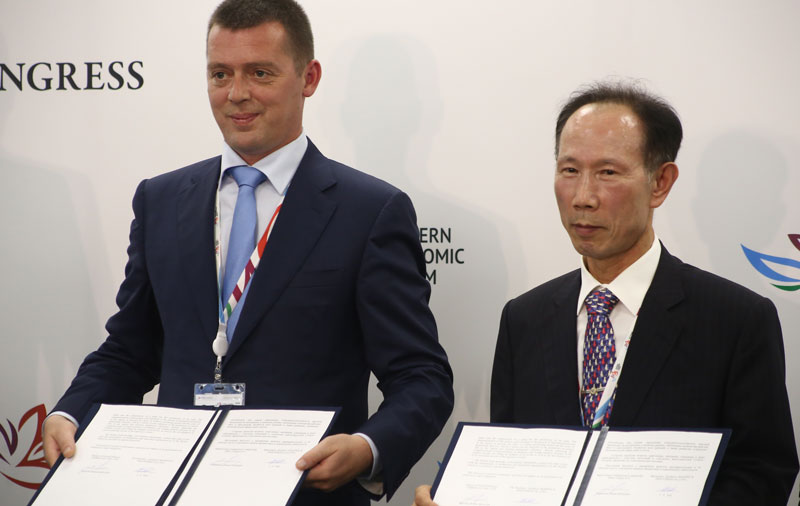 EastRussia understands how to connect fish from Kamchatka and foreign markets

Dmitry Selyutin on the integration of isolated power systems