Notice: curl_setopt(): CURLOPT_SSL_VERIFYHOST no longer accepts the value 1, value 2 will be used instead in /home/admin/web/eastrussia.ru/public_html/gtranslate/gtranslate.php on line 101
 Emergencies Ministry helicopter flies in Kamchatka in search of three missing fishermen - EastRussia | Far East
News February 21 2020
Kamchatka 08:38 The brightest ethnic exhibition opened in Petropavlovsk-Kamchatsky
The Republic of Buryatia 07:34 Buryatia will receive 14 billion rubles for bridges and overpasses
Primorsky Krai 07:04 Primorye may not have enough land for the "Far Eastern mortgage"

In Kamchatka, an EMERCOM helicopter flew in search of three missing fishermen 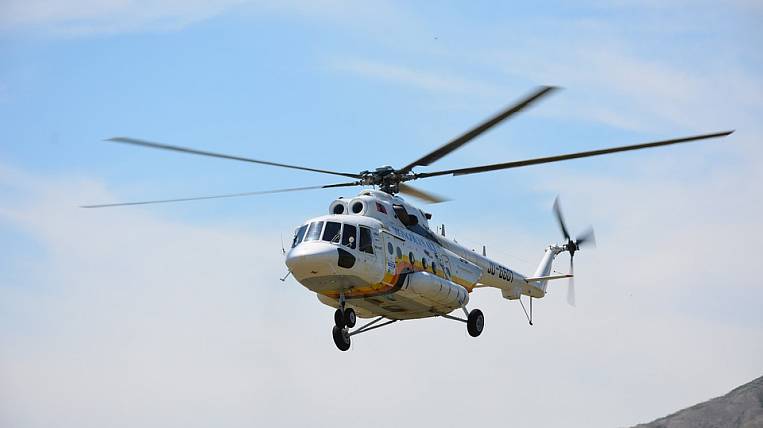 In Kamchatka, the Mi-8 helicopter flew to the area of ​​Cape Dangerous. There are searches for three missing fishermen.

According to the press service of the regional GU EMERCOM of Russia, the men took a boat to the indicated area on 20 in August, planned to return home on the night of 21 in August, but so far nothing is known about them. Regional rescuers and policemen have already explored the areas from Cape Bezymyanny to Cape Dangerous and Salvation Bay, Bolshaya and Malaya Sarannaya, Sabotnaya, Vilyuchinskaya, Zhirovaya, False and Russkaya.

It is about 220 km of water and coastal strip on an area of ​​110 square kilometers. Only part of the personal belongings and the wreckage of the boat were found. Now, the EMERCOM of Russia employees have joined the search. In addition to the helicopter, quadrocopters are involved.

Chukotka PE and "Fool from the North"