Notice: curl_setopt(): CURLOPT_SSL_VERIFYHOST no longer accepts the value 1, value 2 will be used instead in /home/admin/web/eastrussia.ru/public_html/gtranslate/gtranslate.php on line 101
 Fregat accelerating unit delivered to Vostochny space center in the Amur region - EastRussia | Far East
News February 26 2020
Amur Region 10:06 Amur Region will receive 350 million rubles for housing for flood victims
09:38 VTsIOM: 66% of Russians plan to vote on the Constitution
Primorsky Krai 09:00 A new municipal district will appear in Primorye


Jewish Autonomous Region 03:47 The authorities of the EAO will support the development of the world's largest deposits of brucite
Khabarovsk Krai 03:24 The mayor of Khabarovsk has a business manager
More news
Media News2
HOME News 15.05.2019 07:40 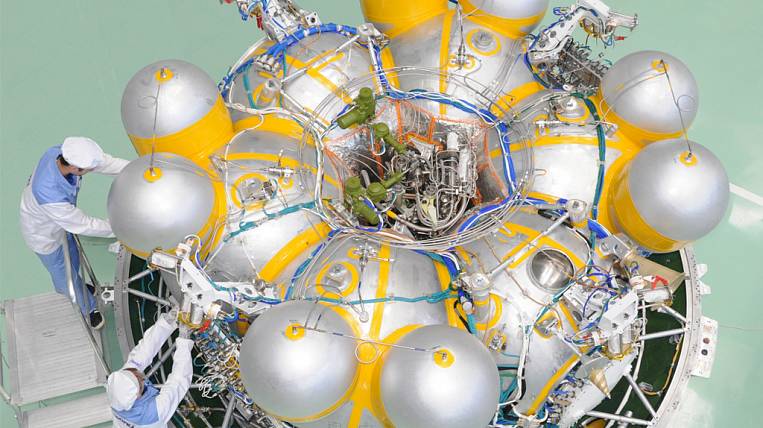 The “Fregat” upper stage, intended for launching spacecraft into orbit, was delivered to Vostochny space center in the Amur Region.

According to the press service of the branch of the Center for the operation of ground-based space infrastructure facilities, the Fregat will be sent to the assembly and test facility for testing. The “Fregat-MT” overclocking unit is used as part of the Soyuz-ST launch vehicle for launching spacecraft.

The fifth launch from the Vostochny space center will be carried out by the Soyuz-2.1b booster rocket with the Meteor-M spacecraft, which will also soon be delivered to the space center. It is designed to collect hydrometeorological information.