Notice: curl_setopt(): CURLOPT_SSL_VERIFYHOST no longer accepts the value 1, value 2 will be used instead in /home/admin/web/eastrussia.ru/public_html/gtranslate/gtranslate.php on line 101
 Issues of TOR and SVP residents discussed on Sakhalin - EastRussia | Far East
News January 23 2020
Chukotka 10:53 Entrepreneurship Development Center opened in Chukotka
Primorsky Krai 10:40 30-degree frosts will come to Primorye
The Republic of Sakha (Yakutia) 10:36 Supporters of the shaman Gabyshev detained in Yakutia


Primorsky Krai 10:20 Khan's “Crab King” is asked to be put on the international wanted list
Khabarovsk Krai 10:07 62 million rubles will be spent on payments to summer residents in the Khabarovsk Territory
09:19 Russia's population will be 50% retired by 2060
Primorsky Krai 08:36 A new ophthalmological center will open in Primorye
08:01 The concept of minimum wage may disappear from Russian legislation


The Republic of Sakha (Yakutia) 05:46 Oil tanker overturned in Yakutia
05:23 Putin's initiatives will be paid at the expense of tax incentives
Primorsky Krai 05:00 Kindergartens again "mined" in Vladivostok
Kamchatka 04:52 Prosecutor's Office: doctors in Vilyuchinsk were not paid extra for overtime
Khabarovsk Krai 04:34 Kindergartens again "mined" in Khabarovsk and Komsomolsk

Issues of residents of the TOP and SVP discussed on Sakhalin 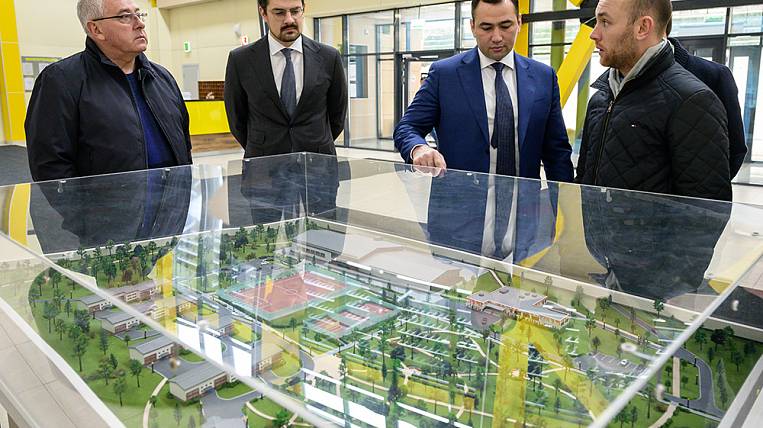 In Sakhalin, a meeting was held between residents of the TOP and SVP with the head of the Far East Development Corporation Aslan Kanukoev. Investors were able to raise their questions and make suggestions to improve the legal regimes of the territories.

“One and a half dozen appeals by residents of the preferential regimes of the Sakhalin Oblast were considered, terms and responsible executors were determined. Interesting proposals were received from investors, which will be surely taken into account in the future activities of the Far East Development Corporation and the Sakhalin subsidiary managing company, ”Aslan Kanukoev said.

Each priority development area in Sakhalin specializes in its industry. So the “South” TOP is given for agriculture. The Green Agro-Sakhalin company is implementing a project to create a dairy herd at 1,9 thousand heads and a dairy at 120 tons of milk per day. The Teplichny state farm has created an automated complex for growing vegetables.

Within the boundaries of the tourist TOP “Mountain Air”, a training center for athletes of the region was created; a hotel with a hostel, a dining room and a lecture hall, the first guests of which were participants in the games "Children of Asia"; 26 cottages with related infrastructure for lovers of ski slopes will appear. In total, 36 projects with a total investment of 49 billion rubles and plans to create 3,4 thousand jobs are being implemented within the boundaries of the territories of priority development of Sakhalin.