Notice: curl_setopt(): CURLOPT_SSL_VERIFYHOST no longer accepts the value 1, value 2 will be used instead in /home/admin/web/eastrussia.ru/public_html/gtranslate/gtranslate.php on line 101
 At VEF-2019 signed 270 agreements on 3,4 trillion rubles - EastRussia | Far East
News January 22 2020
Kamchatka 05:21 Reception of documents for mayoral election began in Petropavlovsk-Kamchatsky
Sakhalin Region 05:00 The first gas stations will appear on Sakhalin in 2020
04:46 Proposals for creating an airline for the Far Eastern Federal District have been submitted to the government


The Republic of Buryatia 12:36 Irkutsk senator lost in court of the Ministry of Internal Affairs of Buryatia
Amur Region 12:07 6 million rubles will be spent on accessible environment in schools and kindergartens of the Amur Region
More news
Media News2
HOME News 06.09.2019 12:10 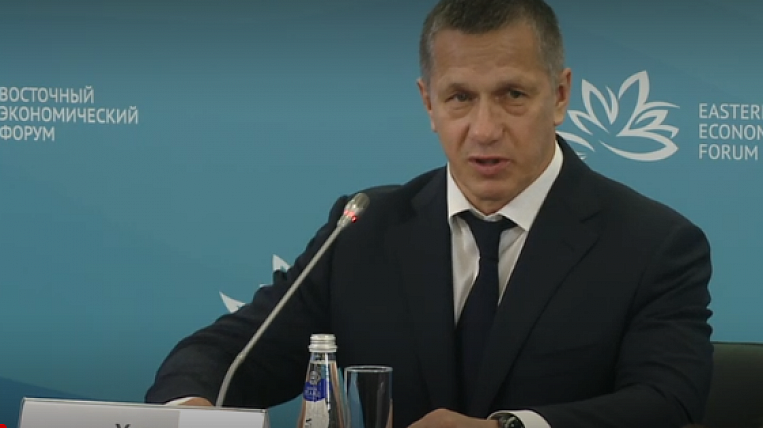 During the fifth Eastern Economic Forum, 270 agreements were signed in the amount of 3,4 trillion rubles. This was stated by Yuri Trutnev during the final press conference. These figures are significantly higher than in previous years.

Investments in projects amount to tens and hundreds of billion rubles, said the Deputy Prime Minister. Amounts several times higher than in previous years. In total, the fifth anniversary forum was attended by over 80 thousand people from 65 countries of the world, including representatives of 440 large companies.