Notice: curl_setopt(): CURLOPT_SSL_VERIFYHOST no longer accepts the value 1, value 2 will be used instead in /home/admin/web/eastrussia.ru/public_html/gtranslate/gtranslate.php on line 101
 The third group of killer whales from the “whale prison” was set free - EastRussia | Far East
News January 18 2020
The Republic of Sakha (Yakutia) 10:33 A private concessionaire was chosen for the construction of a bridge across the Lena
January 17 2020
17:43 Banks reduce mortgage requirements
14:30 Putin's rating increased after the announcement of the message


Irkutsk Region 07:08 4 billion rubles will be required for the resettlement of floaters in the Angara region
06:46 The human factor could cause an emergency with SSJ 100 in Domodedovo
More news
Media News2
HOME News 06.08.2019 08:03

The third group of killer whales from the “Whale Prison” was set free. 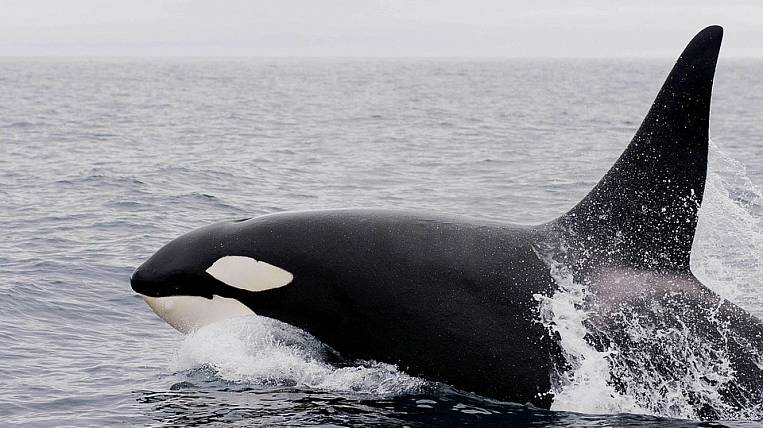 The third group of former prisoners of the "whale prison" was released into the wild. From Primorsky Krai to Khabarovsk they were transported by road. Then the killer whales were loaded onto ships and sent along the Amur River to the village of Innokentyevka, and from there, again loaded onto a car, the animals were brought to Cape Perovsky.

After a difficult trip, each killer whale was examined by veterinarians. At 4.40 in the morning Moscow time, they were loaded into a transportation network and lowered into the sea. It is reported RIA News with reference to the representative of the Russian Greenpeace Oganes Targulyan. Now the former prisoners are swimming together, experts are watching them using a quadrocopter. Beacons are installed on each of them, so that you can continue to track the path of marine animals.