Notice: curl_setopt(): CURLOPT_SSL_VERIFYHOST no longer accepts the value 1, value 2 will be used instead in /home/admin/web/eastrussia.ru/public_html/gtranslate/gtranslate.php on line 101
 Moscow Basmanny Court temporarily suspended from the post of Mayor of Vladivostok - EastRussia | Far East
News February 21 2020
Amur Region 06:27 New FAPs will begin to be built in the Amur Region this spring
06:05 The regions with the highest salary growth in 2020 were named in Russia
Kamchatka 05:51 Prepare for the arrival of the cyclone in Kamchatka

Igor Pushkarev is accused of abuse of official authority and commercial bribery. 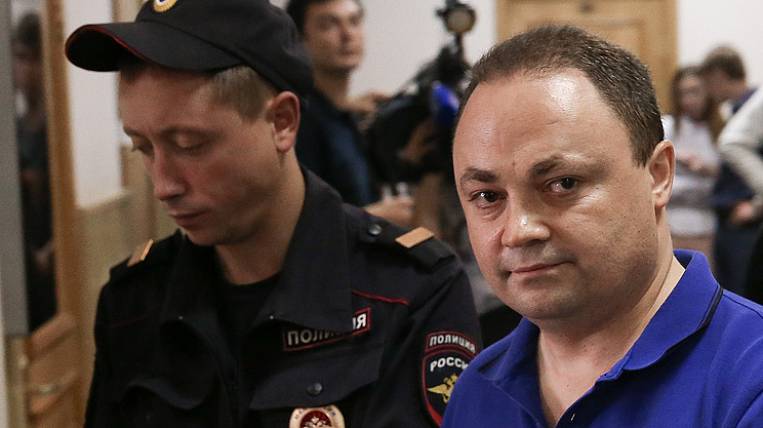 Photo: tass.ru
As the press secretary of the Basmanny Court, Yunona Tsareva, said, Igor Pushkarev was temporarily suspended from office for the period of the preliminary investigation and trial.

Recall, according to investigators, in the period from 2009 to 2014, the mayor of Vladivostok organized the acquisition of building materials through the company “Roads of Vladivostok” from the Vostokcement group of companies. Vostokcement is headed and controlled by close relatives of Pushkarev, believes the investigation, and the city administration is the founder and owner of the property of Vladivostok Roads.
Buying building materials at inflated prices, Pushkarev received 45 million rubles.

In addition, at 2012-2014, Pushkarev handed the Director of Vladivostok Roads Andrei Lushnikov at least 1,4 million rubles as commercial bribery.
Within the framework of the criminal case, the brother of the mayor, Andrey Pushkarev, was also placed under house arrest.
Tags: Vladivostok Mayor arrest
Related News: