Notice: curl_setopt(): CURLOPT_SSL_VERIFYHOST no longer accepts the value 1, value 2 will be used instead in /home/admin/web/eastrussia.ru/public_html/gtranslate/gtranslate.php on line 101
 Chukchi and Eskimo songs sounded in Moscow metro - EastRussia | Far East
News January 22 2020
Khabarovsk Krai 11:38 Energy accident in Khabarovsk Territory liquidated by the end of the week
11:26 The new system of pension savings can earn in 2022
Amur Region 11:16 Deputy Mayor replaced in Blagoveshchensk


04:30 Named the profitable ways to buy dollars for rubles
Khabarovsk Krai 04:19 The authorities of the Khabarovsk Territory are ready to get rid of an expensive yacht at half price
More news
Media News2
HOME News 10.12.2019 08:37

Songs of Chukchi and Eskimos sounded in the Moscow metro 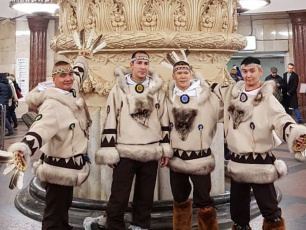 In Moscow, on Novy Arbat, a fair of Far Eastern products has ended. Its visitors were 25 thousand people who bought more than 11 tons of caviar, red fish, venison and other delicacies. In addition to gastronomic delights, residents and guests of the capital were able to appreciate the national flavor of the Far East thanks to the performance of creative teams that gathered about 10 thousand spectators.

Artists of the Chukchi ensemble "Nomad" took part in a concert that was organized at the Kurskaya metro station. Passengers had the opportunity to appreciate the traditional songs and dances of the Chukchi and Eskimos. Also during the fair, employees of the Chukotka Heritage Museum Center presented unique exhibits and told about the history of the district.

The results of the fair representatives of the Far Eastern districts were satisfied and offered to create a platform for year-round trade or open an Internet platform for selling delicious products. From 12 to 14 December the capital of the Expocenter will host the festival of the Far East, in addition, until spring, the metro will continue to run on the ring line Far Eastern Express whose passengers can learn about the unique nature of history and economic opportunities of the Far East. 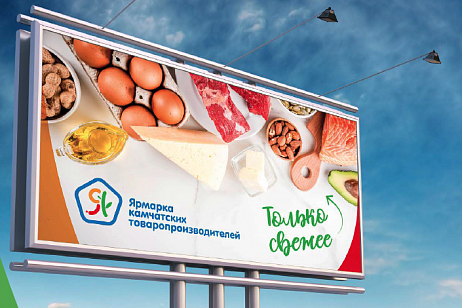 Kamchatka farmers appreciate the advantages of the agro-industrial cluster