Visitors of the Far Eastern Fair in Moscow bought up several tons of sweets. 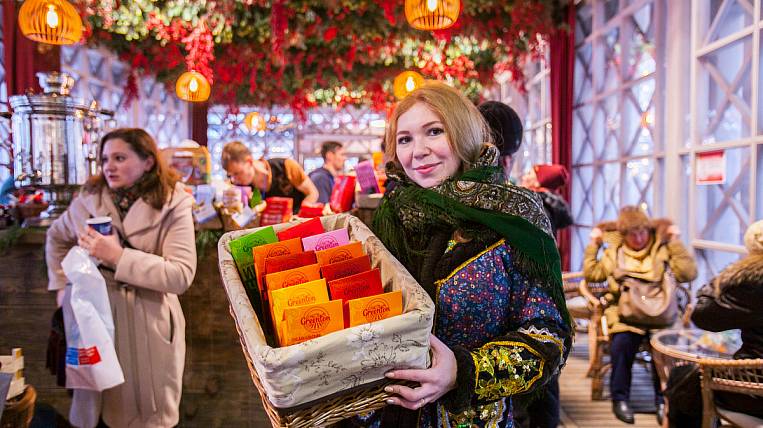 Photo: Press Center Days of the Far East in Moscow

On Tverskaya Square in Moscow, the second Far Eastern Fair has ended. Souvenir and food products, which can only be obtained in the Far East, presented all the 11 regions of the FEFD. Particular attention was paid to fresh delicacies. They were the leaders of sales. Liked the taste and Far Eastern sweets.

Primorsky Krai sold at the 600 fair a kg of deep-water macro-rush - Pacific deep-water fish. Also, Muscovites and guests of the capital bought up a ton of “Bird's Milk” candies and the same amount of unusual chocolate for Moscow - with sea salt, algae, sea urchin extract and scallop. The region also sold more 500 bottles of seaside balsams based on berries, herbs and roots of taiga wild plants.

The Khabarovsk Territory sold everything that it brought to the fair. Including two tons of nuts, thyme, honey, syrups and tea, more than two tons of fish products. According to the press center of the Days of the Far East in Moscow, the customers liked Khabarovsk smelt most of all, but lemongrass and other wild plants were especially popular. Chukotka sold 750 kg of salmon, chum, catfish and smelt, as well as half a ton of deer meat and delicacies from it, 225 kg of different varieties of red caviar.

Half a ton of red caviar and 4630 cans of fish products were sold in the Sakhalin region, the Kamchatka Krai sold slightly more than a ton of fish and 1 400 of cans of caviar. And sweets from this region were actively bought with Kamchatka teas of various varieties - manufacturers sold 300 boxes of chocolates and 350 packs of tea. Jewish autonomy sold 250 jars of cream honey, and the Amur region shipped two tons of honey to metropolitan buyers. In the book stand of the Far Eastern Fair, a collection of folk legends for children that just saw the light became a sales hit. "Fairy Yakutia".