Notice: curl_setopt(): CURLOPT_SSL_VERIFYHOST no longer accepts the value 1, value 2 will be used instead in /home/admin/web/eastrussia.ru/public_html/gtranslate/gtranslate.php on line 101
 Low level of Cupid prevents the launch of navigation in Komsomolsk - EastRussia | Far East
News January 20 2020
Sakhalin Region 10:36 The amount of allowance for children from 3 to 7 years was calculated on Sakhalin
Sakhalin Region 10:18 The size of the regional capital has changed in the Sakhalin region
Primorsky Krai 10:06 Minister of Industry and Trade succeeded in Primorye


Irkutsk Region 07:12 To eliminate waste from the Baikal Pulp and Paper Mill they want to attract foreigners
Primorsky Krai 06:48 Scientists: the project of a new nuclear test site in Primorye done secretly
Kamchatka 06:27 Severe frosts will hit Kamchatka
Amur Region 06:00 Amur Region will receive money for reconstruction of the overpass in Svobodny
05:38 Banks want to prohibit taking a commission for paying for housing services


The Republic of Buryatia 03:40 The head of the Ministry of Natural Resources will be replaced in Buryatia
03:17 WWII veterans will receive increased payments for Victory Day
More news
Media News2
HOME News 13.05.2019 12:17

Low level of Cupid prevents the launch of navigation in Komsomolsk 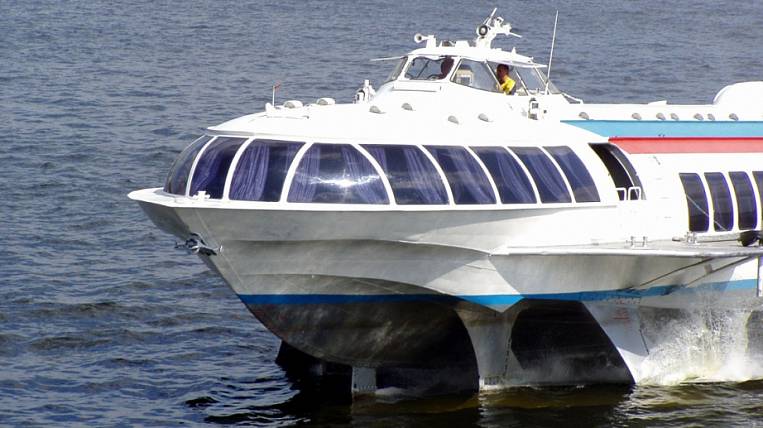 Navigation from Komsomolsk-on-Amur this year had to be postponed indefinitely - the record low level of Amur did not allow the riverman to bring the landing stage and passenger ship from the backwater. The river sharply shallowed immediately after the ice.

To start the river transport at Komsomolsk planned for 10 May. According to the press service of the government of the Khabarovsk Territory, they are now dredging in the backwater, for this purpose they have delivered a floating crane from the regional capital.

This spring, the water level in Amur near Khabarovsk dropped to the 167 mark, this is record numbers over the last 15 years. They made changes to the navigation at the regional capital - the ships went only on three routes.