Notice: curl_setopt(): CURLOPT_SSL_VERIFYHOST no longer accepts the value 1, value 2 will be used instead in /home/admin/web/eastrussia.ru/public_html/gtranslate/gtranslate.php on line 101
 UAC wants to produce up to 120 MS-21 aircraft per year - EastRussia | Far East
News February 23 2020
22:50 MTPL policy fell by 2,8%
Khabarovsk Krai 22:21 Sturgeons seized 80 million rubles from poachers in the Khabarovsk Territory
The Republic of Buryatia 21:59 Coronavirus suspected of a resident of Buryatia 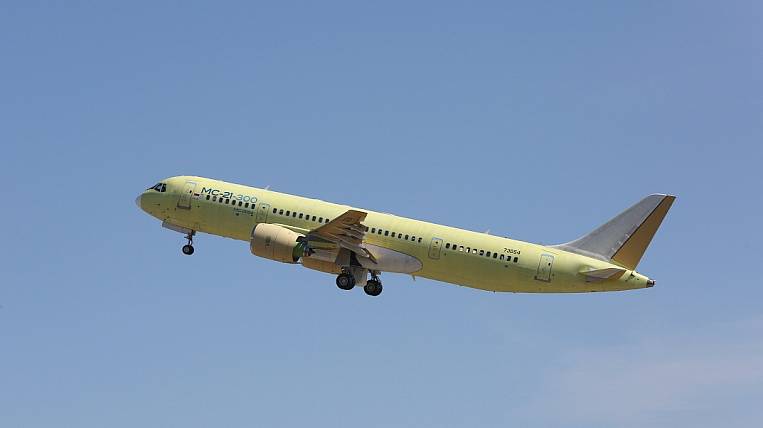 The United Aviation Corporation (UAC) intends to bring the annual production of civilian aircraft MS-21 to 120 copies. They want to do this through international cooperation.

According to the head of the corporation, Yuri Slyusar, whose words he cites RIA News, now the capacity of the Irkut plant involves the production of no more than 70 aircraft per year. To increase this indicator, the KLA is exploring the possibility of international cooperation.

According to Slusar, in the international market there are companies technically equipped in composite production. The KLA does not mind bringing them to the production of MS-21.

It was previously stated that Russia could begin to cooperate in the production of the MS-21 airliner with the United Arab Emirates. Liner first shown abroadand the UAC signed an agreement at the MAKS-2019 air show to supply 20 MS-21 aircraft.