Notice: curl_setopt(): CURLOPT_SSL_VERIFYHOST no longer accepts the value 1, value 2 will be used instead in /home/admin/web/eastrussia.ru/public_html/gtranslate/gtranslate.php on line 101
 Searches in the government of Yakutia went through a bribe case - EastRussia | Far East
News January 18 2020
The Republic of Sakha (Yakutia) 10:33 A private concessionaire was chosen for the construction of a bridge across the Lena
January 17 2020
17:43 Banks reduce mortgage requirements
14:30 Putin's rating increased after the announcement of the message


Irkutsk Region 07:08 4 billion rubles will be required for the resettlement of floaters in the Angara region
06:46 The human factor could cause an emergency with SSJ 100 in Domodedovo
More news
Media News2
HOME News 10.07.2019 09:36

Searches in the government of Yakutia were in the bribe case 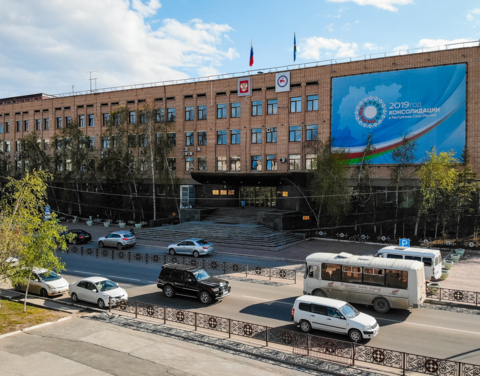 Employees of the Federal Security Service of Russia for Yakutia seized documents from the first deputy chairman of the republican government, Alexei Kolodeznikov, as well as at the Ministry of Transport and Road Facilities. Operational activities were held in the framework of the investigation of the criminal case of the former deputy head of the department of road maintenance of the state institution “The Office of Highways of the Republic of Sakha (Yakutia)” about a bribe.

According to the Government of the Republic, the criminal case was opened in April of this year. For his investigation, the security forces came for 2013 documents of the year. to the first deputy chairman Aleksey Kolodeznikov, since at that time he was the Minister of Housing and Public Utilities and Energy of Yakutia. At the same time, earlier the SU SC in the republic made a submission to the first deputy chairman about taking measures to eliminate the circumstances that contributed to the crime. The document is under consideration by the first deputy prime minister.

The criminal case for which the documents were seized relates to the former deputy head of the road maintenance department of the state institution “The Administration of the Highways of Yakutia”. In 2013, he demanded that the entrepreneur who had been working on the maintenance of the Yugorenok-Sunny road in the Ust-Maysky district, hand him over one million rubles each year. He agreed, and in three years transferred the official three million rubles.

Primorsky Krai Blokchein-investors - they and we did not have enough?

Rumors of the Far East. Issue 5. What is audible in the Far East corridors, the lobby, whatsapp-ah and telegram-ah - collects EastRussia