Notice: curl_setopt(): CURLOPT_SSL_VERIFYHOST no longer accepts the value 1, value 2 will be used instead in /home/admin/web/eastrussia.ru/public_html/gtranslate/gtranslate.php on line 101
 Discovery of FEFU scientists will help agriculture and medicine - EastRussia | Far East
News January 18 2020
The Republic of Sakha (Yakutia) 10:33 A private concessionaire was chosen for the construction of a bridge across the Lena
January 17 2020
17:43 Banks reduce mortgage requirements
14:30 Putin's rating increased after the announcement of the message


Irkutsk Region 07:08 4 billion rubles will be required for the resettlement of floaters in the Angara region
06:46 The human factor could cause an emergency with SSJ 100 in Domodedovo
More news
Media News2
HOME News 03.12.2019 11:04

The discovery of FEFU scientists will help agriculture and medicine 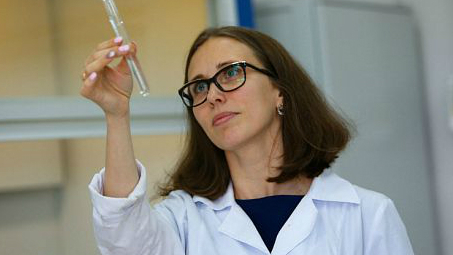 FEFU scientists in Vladivostok made a scientific discovery that can find application in medicine and agriculture. They revealed a new strain of sea fungus, in which there are six biologically active compounds previously unknown to science. One of them has a pronounced anti-inflammatory property, and the other is herbicidal.

According to the press service of the university, the scientists made the discovery together with specialists from the Pacific Institute of Biological Chemistry named after G.E. Elyakova and German colleagues. The authors of the study note that new herbicidal compounds have not appeared on the market for 30 years and their discovery can be of great benefit to agriculture in weed control.

In addition, one of the open compounds has an anti-inflammatory property. This was found out as a result of an experiment on cell lines of macrophages isolated from the body of mice. New substances can be used to develop anti-inflammatory drugs and even possibly new antibiotics.