Notice: curl_setopt(): CURLOPT_SSL_VERIFYHOST no longer accepts the value 1, value 2 will be used instead in /home/admin/web/eastrussia.ru/public_html/gtranslate/gtranslate.php on line 101
 First data from black boxes SSJ 100 do not favor pilots - EastRussia | Far East
News January 18 2020
The Republic of Sakha (Yakutia) 10:33 A private concessionaire was chosen for the construction of a bridge across the Lena
January 17 2020
17:43 Banks reduce mortgage requirements
14:30 Putin's rating increased after the announcement of the message


Irkutsk Region 07:08 4 billion rubles will be required for the resettlement of floaters in the Angara region
06:46 The human factor could cause an emergency with SSJ 100 in Domodedovo
More news
Media News2
HOME News 08.05.2019 05:21 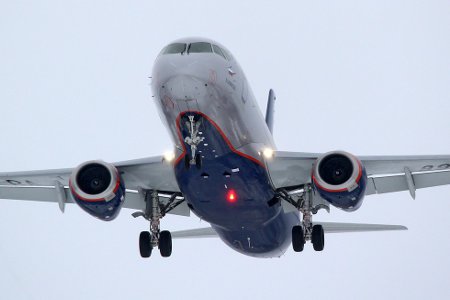 At the Sheremetyevo airport, a power surge in the complex could provoke a crash of the Superjet 100 (SSJ 100) at a thunderstorm front and, presumably, unjustified actions of pilots who picked up speed when landing.

According to Interfax a source familiar with the investigation, according to the first data from the black boxes, after takeoff, the plane hit the thunderstorm front. At the same time, presumably, a voltage surge occurred in the generator, followed by a series of aircraft system failures. The crew requested a return to the airport of departure and proceeded to an emergency landing. According to the source of the publication, when approaching the runway, the plane began to fall under the glide path, and the crew increased the speed for an unknown reason.

Piloting error is considered the main cause of the incident and the investigators. They assume that cause of disaster there could also be insufficient qualifications of pilots and controllers, technical malfunction or adverse weather conditions.

The disaster occurred on 5 in May, the aircraft Sukhoi Superjet 100 airline "Aeroflot" emergency landed and caught fire. Onboard were 78 people, 41 people died.