Notice: curl_setopt(): CURLOPT_SSL_VERIFYHOST no longer accepts the value 1, value 2 will be used instead in /home/admin/web/eastrussia.ru/public_html/gtranslate/gtranslate.php on line 101
 Agreement on the construction of the second Severomuisk tunnel signed - EastRussia | Far East
News January 18 2020
The Republic of Sakha (Yakutia) 10:33 A private concessionaire was chosen for the construction of a bridge across the Lena
January 17 2020
17:43 Banks reduce mortgage requirements
14:30 Putin's rating increased after the announcement of the message


Irkutsk Region 07:08 4 billion rubles will be required for the resettlement of floaters in the Angara region
06:46 The human factor could cause an emergency with SSJ 100 in Domodedovo
More news
Media News2
HOME News 09.12.2019 22:01 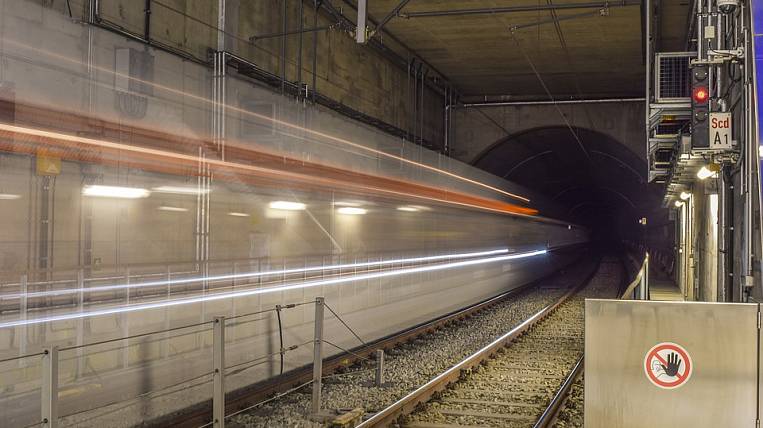 The Government of the Republic of Buryatia, the Vostokugol Management Company and the Far Eastern Agency for Attracting Investments and Export Support signed an agreement on cooperation in the construction of the Severomuisk tunnel-2. The project will increase the annual volume of rail transport to 100 million tons. The volume of investments will be more than 60 billion rubles.

According to the ANO API, Vostokugol companies will help in preparing the necessary documents for the formation of a concession proposal for JSC Russian Railways on the transfer of the tunnel into the ownership of the state company. She will be assisted in selecting and obtaining state support and in negotiating with potential co-investors and banks to obtain project financing.

The construction of the second phase of the Severomuisk tunnel at BAM will last пять лет. The work will be performed by the Sibanthracite group and Vostokugol management company. About readiness to tackle the Severomuisk railway tunnel, co-owner of Sibanthracite and Vostokugol companies Dmitry Bosov said last year, and in this he asked Vladimir Putin to provide Sibanthracite priority access to BAM and the Trans-Siberian Railway for 25 years. In August construction began second Severomuisk tunnel. It was planned to begin its sinking in the year 2020. By the end of the year, builders will begin to build a reinforced concrete tunnel lining plant, and the tunnel will be built on both sides.