Notice: curl_setopt(): CURLOPT_SSL_VERIFYHOST no longer accepts the value 1, value 2 will be used instead in /home/admin/web/eastrussia.ru/public_html/gtranslate/gtranslate.php on line 101
 Fights of the strongest sumo wrestlers will be held at WEF-2019 - EastRussia | Far East
News February 21 2020
03:17 Siluanov: Russia's economy is losing 1 billion daily due to coronavirus
Kamchatka 03:00 The earthquake woke the inhabitants of Petropavlovsk-Kamchatsky
Primorsky Krai 02:41 The court allowed the resumption of the work of the enterprises of the ex-mayor of Vladivostok


Primorsky Krai 08:55 The mayor of Artyom resigned due to complaints from residents
Khabarovsk Krai 08:23 The construction of an oncology center in Komsomolsk is delayed for 307 days
More news
Media News2
HOME News 23.08.2019 11:38 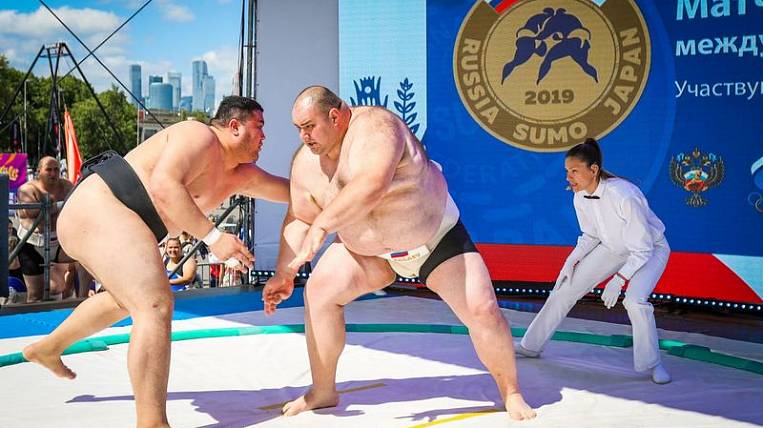 Sumo national teams of Russia and Japan will meet during the fifth Eastern Economic Forum. Guests will be able to see the fights of the strongest athletes on the "Street of the Far East", where the program of the Russian-Japanese sumo house will be held. The match from both sides will involve not only men, but women.

“I am very pleased that the sumo match between the national teams of Japan and Russia is included in the WEF-2019 program. Sumo is deeply rooted in the culture of our country and is an integral part of the life of the Japanese people. At the same time, many Russian athletes have achieved great success in sumo. Thanks to the spread of sumo, Russians have more opportunities to get in touch with the culture and history of Japan, ”said Toyohisa Kozuki, Ambassador Extraordinary and Plenipotentiary of Japan to Russia.

Teams will be represented by four athletes and three athletes on each side. The leaders of the Russian team will be the world champion and three-time European champion in weight up to 115 kg Atsamaz Kaziev and silver medalist of the European Championship in the absolute category Zaur Karaev. The Japanese team will be led by 2019 champion of the year Koji Osanai (up to 115 kg) and Atsushi Igarashi (over 115 kg). In addition to the match, there will also be personal tournaments in the absolute category for men and women.

World chess event will be held in Primorye