Notice: curl_setopt(): CURLOPT_SSL_VERIFYHOST no longer accepts the value 1, value 2 will be used instead in /home/admin/web/eastrussia.ru/public_html/gtranslate/gtranslate.php on line 101
 Police in Primorye detained a Himalayan bear for spending the night in a henhouse - EastRussia | Far East
News January 24 2020
Chukotka 09:17 The first Far Eastern mortgage was issued in Chukotka
08:28 In Russia, growth in rental prices is expected
Khabarovsk Krai 07:57 Khabarovsk citizens are not advised to travel to China

For the first time, hunting staff in Primorsky Krai had to take the beast out of the bullpen of the police station for the first time, the Wildlife Rehabilitation Center reported on its page on social network on Monday.

A resident of Primorye reportedly found a Himalayan bear cub in his henhouse at night and called the police. Police reported the predator to game managers, and at the time of their waiting they locked the beast in the bullpen. “Teddy bear served in the police department for half a day, after which he was taken to the Rehabilitation Center,” the report said.

According to the Center’s observations, the condition of the quarantine bear is satisfactory, but it requires a high-calorie diet to gain weight.
Tags: Himalayan bear predator exit to the settlement hunting surveillance Detention in the bullpen Rehabilitation Center for Wild Animals
Related News: 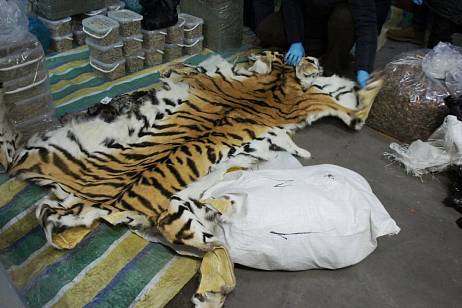