Notice: curl_setopt(): CURLOPT_SSL_VERIFYHOST no longer accepts the value 1, value 2 will be used instead in /home/admin/web/eastrussia.ru/public_html/gtranslate/gtranslate.php on line 101
 Gas victims in the Jewish Autonomous Region will be paid about 690 thousand rubles - EastRussia | Far East
News February 21 2020
Khabarovsk Krai 05:06 The weather will worsen on holidays in the Khabarovsk Territory
Magadan region 05:00 There was a video from the place of hard landing An-2 in Magadan
Irkutsk Region 04:32 Over 3 billion rubles allocated to flood victims in Angara 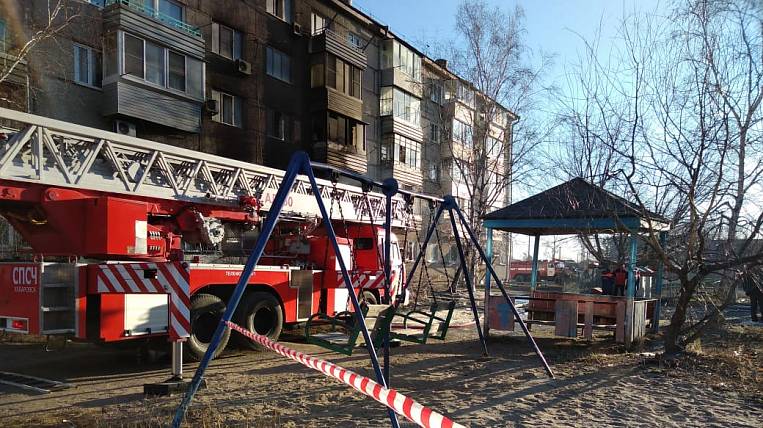 Photo: press service of the EMERCOM of Russia for the Jewish Autonomous Region

The authorities of the Smidovichsky district will pay the house left in the village of Priamurskoye about 690 thousand to the remaining homeless after the gas explosion. Each family member will receive ten thousand rubles.

As told TASS Boris Korolev, the first deputy head of the Smidovichsky district of the region, the authorities provided an apartment from a maneuverable fund to one family of three people, people are already settled there, for others left without shelter the issue is still being resolved.

Meanwhile, according to EastRussia in the district administration, in the near future a collection of things and household appliances will be announced for the victims, a special account will also be opened to transfer money to help people left without apartments after the explosion. Several families have nowhere to live, so the issue of placing an ad with a request to take the victims for sharing will be decided.