03:38 Russian tour operator takes tourists from China
03:19 About five billion subsidies will be given for the first 16 crab in the Far Eastern Federal District
More news
Media News2
HOME News 19.06.2019 02:18

The government was recommended to conduct a large-scale financial experiment. 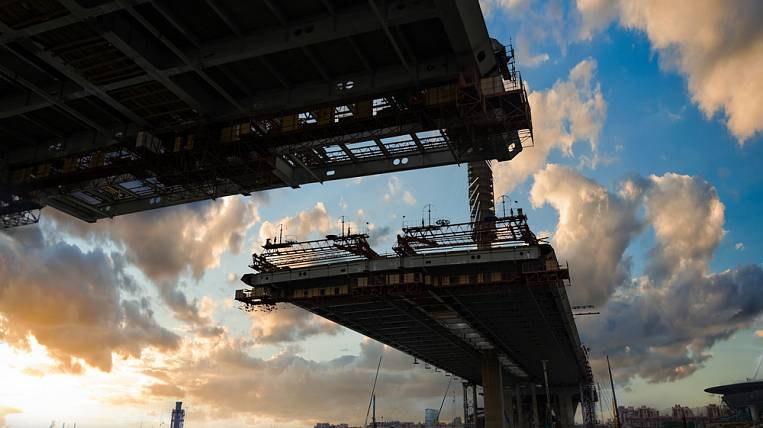 Photo: Shutterstock.com
The Public Chamber of the Russian Federation recommended that the Government, the Central Bank and the Federal Assembly conduct an experiment on the application of target project emissions as a new source for financing large investment projects in the country. To this end, it is proposed to develop and adopt an appropriate federal law, as well as select a number of pilot projects from the field of diversification of the military-industrial complex, the development of the Arctic and the Far East, and the implementation of PPP projects in the social sphere.

The mechanism of target project issuance with the use of evrow accounts is a financial innovation proposed by two ex-leaders of the Ministry of Eastern Development of Russia, Alexander Galushka and Artur Niyazmetov. The agency EastRussia wrote about the essence of the tool earlier in the material “Escrow-well-being from ex-minister”. In short, we are talking about the formation of the instrument of money issues of the Central Bank for the implementation of specific investment projects. New money will be issued under special investment contracts, which are concluded by three parties - an investor, a commercial bank and an authorized government agency. At the same time, the investor undertakes to achieve value added indicators, a commercial bank - to provide the investor with the required financing, and an authorized state body - to accept the provision of the necessary source by the Bank of Russia to a commercial bank to finance a specific investment project.

After the conclusion of a special investment contract, the Bank of Russia issues money for project financing of investments and deposits them in the stipulated amount on an escrow account in a commercial bank. After the project is implemented (namely, after the project reaches certain financial indicators fixed by a special investment contract), the “deal” is closed, namely, the emitted money is transferred to the bank to repay the principal debt of the investor to the commercial bank. The bank receives its remuneration in the amount of risk payment, the investor is rewarded through the write-off of the principal debt, and the state receives a sustainable taxpayer in the person of the existing enterprise, which is released on the planned indicators of economic activity.

The Public Chamber of the Russian Federation formed its recommendations based on the results of the hearings held the day before. Valery Fadeyev, head of the Public Chamber of the Russian Federation, supported the idea, noting that the mechanism would allow the state to provide the industry with affordable money without increasing inflation. A similar opinion was expressed by the deputy chairman of the commission of the Public Chamber for the development of the economy, business, services and the consumer market Ilya Semin. “The initiative to introduce targeted project emissions is just capable of saturating the industry with affordable money without inflation risks,” he noted.

Recall that hedging inflation risks, the authors of the idea, Alexander Galushka and Arthur Niyazmetov, argue that the use of escrow accounts allows you to legally retain ownership of issuing money for the Bank of Russia, while allowing commercial banks to carry out investment lending within the amount of escrow accounts. The funds are finally withdrawn into cash flow only after the creation of added value and strictly in its amount by writing off the principal debt of the investor to the commercial bank. In addition, restrictions are imposed on the participants of the special investment contract: for example, emission project financing is not provided in terms of the wage fund and import. “Such expenses are financed by the investor independently, at the expense of own funds and borrowings. This orients investors to the development of domestic cooperation chains,” say Alexander Galushka and Arthur Niyazmetov.

As noted in the message of the Public Chamber of the Russian Federation, the difference between the proposed mechanism and the currently operating concessional lending programs is the absence of the need to increase federal budget spending. Thus, the mechanism may be especially in demand within the framework of those large-scale development programs that are currently being discussed, but which are not yet provided with budget limits. For example, such an initiative may be the National Program for the Development of the Far East, the draft of which, by coincidence, was discussed in the Public Chamber at about the same time as the mechanism of targeted project emissions, but in another room.

The fact that the mechanism of target project emissions using eksrou accounts can be claimed in the Far East, said the head of Transbaikalia Alexander Osipov earlier. "We are experiencing a shortage of long and cheap money," Mr. Osipov explained to a TASS correspondent. "The budget of the Trans-Baikal Territory for 2019 is more than in previous years, but we cannot nevertheless call it a development budget. To solve this problem, we are ready to become a pilot region in the use of targeted project emissions when implementing investment projects. We have an understanding of how to do this. "