Notice: curl_setopt(): CURLOPT_SSL_VERIFYHOST no longer accepts the value 1, value 2 will be used instead in /home/admin/web/eastrussia.ru/public_html/gtranslate/gtranslate.php on line 101
 Primorye completes follow-up program on 2016 year - EastRussia | Far East
News February 26 2020
07:41 KRDV and the Union of Top Residents of the TOP will jointly assist residents in the Far Eastern Federal District
Khabarovsk Krai 07:21 Khabarovsk owes 650 million rubles to the federal treasury
Primorsky Krai 07:00 The budget deficit of Primorye has grown to almost 20 billion rubles

Primorye completes the program for clinical examination in 2016 year 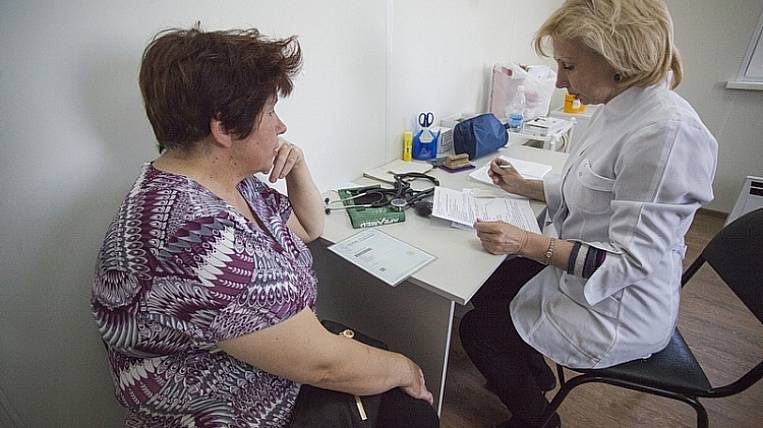 Photo: primorye.ru
The authorities of Primorsky Krai summarize the results of the prophylactic medical examination that was held in the province. By the second decade of December, medical services were rendered to 114 thousand people, this is 99,8 from the originally planned number of citizens. A timely medical examination allowed the doctors to identify the diseases at an early stage, and in time to take citizens to dispensary records or send for treatment.

According to the director of the Primorsky Health Department Andrei Kuzmin, "61 212 people are taken to the dispensary account. It is aimed at obtaining specialized, including high-tech medical care - 233 patient, recommended sanatorium treatment 2 628 patients. "

According to a summary of the clinical examination, today in the structure of the identified incidence among the population of Primorsky Krai endocrine system diseases, eating disorders and metabolic disorders are leading. It is these diagnoses that make up 38,2% of the total number of reported diseases. Diseases of the circulatory system (20,3%), diseases of the urogenital system (15,7%), diseases of the digestive organs (8,3%) and the nervous system (4,8%) are also quite common.

The peculiarity of the last medical examination is that modern technological medical care was delivered to the most remote corners of the region. Outreach work with the population showed its effectiveness: the share of medical teams of the two trains of specialized road trains accounted for more than half of the total medical examination: more than 64 thousand people, of which 27 145 children.

Clinical examination of the adult population is carried out with the consent of the citizen, free of charge according to the MHI policy in the polyclinic at the place of residence or attachment.