Notice: curl_setopt(): CURLOPT_SSL_VERIFYHOST no longer accepts the value 1, value 2 will be used instead in /home/admin/web/eastrussia.ru/public_html/gtranslate/gtranslate.php on line 101
 Governor of the Khabarovsk Territory received reprimand from the prosecutor's office - EastRussia | Far East
News February 28 2020
Primorsky Krai 11:59 Preparations for WEF 2020 began in Primorye
11:25 Experts have estimated the possible loss of the budget due to the abolition of tax for the poor
10:24 Over a thousand hectares reported on land use 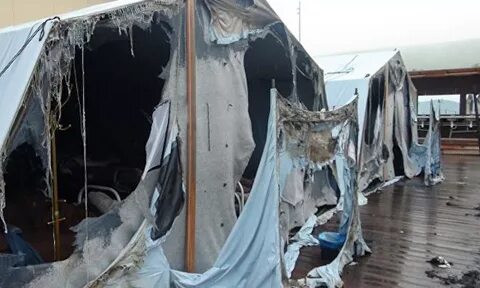 The prosecutor's office of the Khabarovsk Territory conducted an inspection in connection with the death of children during a fire in the Holdomi camp. As a result, there were revealed facts of violations in the activities of the Ministry of Education, the regional Directorate of the Ministry of Emergency Situations of Russia, the Rospotrebnadzor Department, the Federal Center for Hygiene and Hygiene and Epidemiology in the Khabarovsk Territory and the administration of the Solar District.

According to the press service of the regional prosecutor's office, the verification of the Holdomi camp was superficially conducted - the composition of the interdepartmental commission was incomplete. The sanitary-epidemiological conclusion was issued without taking into account the tent camp location, and the presence of the tent camp is not indicated in the regional register of recreation and recreation organizations.

The regional state control over the observance of the requirements of the legislation of the Russian Federation in the field of recreation and health improvement of children and the state fire supervision were carried out improperly.

The prosecutor’s submissions were made to the heads of institutions and the governor of the Khabarovsk Territory - measures are required to eliminate the causes and conditions that contributed to violations. Earlier prosecutor's office voiced claims to the regional Minobru - the camp was deployed in an area equated to the extreme north, and it was necessary to pay special attention to the observance of the temperature regime.